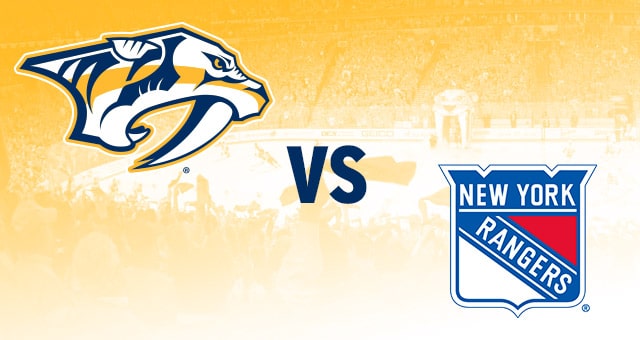 Roman Josi, Filip Forsberg, and the Nashville Predators will do battle against Ryan Strome, Artemi Panarin, and the New York Rangers at Madison Square Garden in an East-West showdown. MSG Network will air the matchup, and the puck drops at 7 p.m. ET on Monday, December 16.

Earning moneyline bettors 5.5 units, New York is 16-16 straight up (SU) overall in the 2019-20 season. That early-season winning percentage is a welcome improvement over the 32-50 record from the 2018-19 season campaign. Of the team’s 32 regular season matches, 20 have gone under the total, while 12 have gone over and none have pushed. The team’s 8-8 SU at home this season.

The Rangers have converted on 20.5 percent of their power play chances this year, a mark that’s right around league average. On the other hand, their penalty kill is ranked 25th overall, and they’ve successfully killed off 77.3 percent of all penalties.

Averaging 31.1 saves per game with a .912 save percentage, Henrik Lundqvist (7-12-3) has been the best goalkeeper for New York this year. If the Broadway Blueshirts, however, decide to rest him, the team might go with Alexandar Georgiev (9-6-6 record, .923 save percentage, 2.69 goals against average).

Nashville has lost 12.2 units for moneyline bettors this year and is currently 14-17 straight up (SU). A total of 18 of its matches have gone over the total, while 13 have gone under the total and none have pushed. The Predators are 5-7 SU as an away team this season.

The Predators have converted on just 14.8 percent of their power play chances this season, a mark that’s ranked 28th in the NHL. On the other hand, its penalty kill unit is ranked 23rd overall and it’s successfully killed off 77.8 percent of all opponent power plays.

Pekka Rinne (.893 save percentage and 2.99 goals against average) has been the primary option in goal for Nashville. Rinne is averaging 23.3 saves per game and owns a 10-8-3 record.

Six of Nashville’s last ten games have been decided by two goals or more. The team is 4-2 in those games.

New York is 0-2 in games decided by a shootout this season while Nashville is 1-2 in shootouts.

For both of these clubs, the total has gone under in three of their last five matchups.

Nashville skaters have averaged 6.8 giveaways over its last five home games, an improvement from its season average of 9.3 giveaways per game (the ninth-fewest in the NHL).