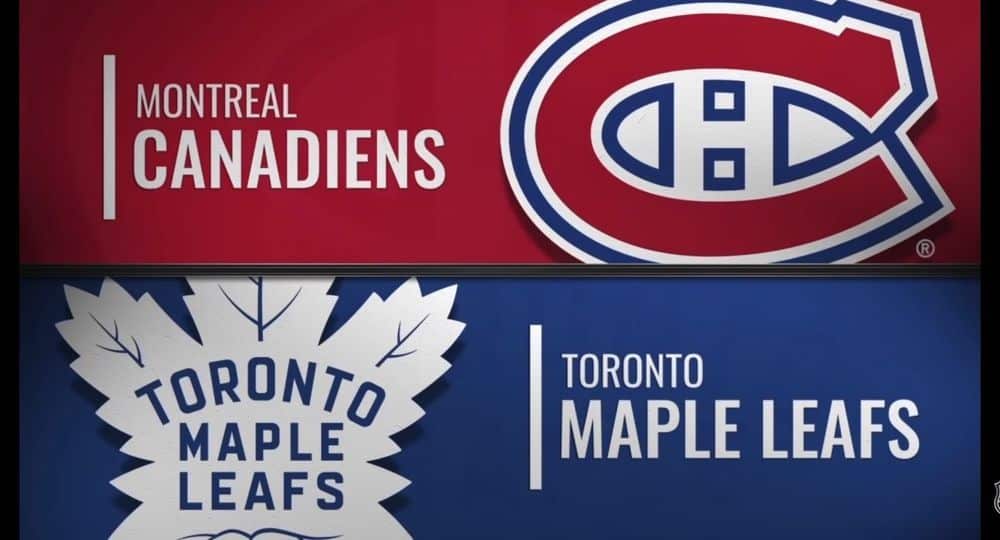 The Toronto Maple Leafs will be looking to advance when they take on the Montréal Canadiens on Thursday. Toronto earned a 4-0 victory on Tuesday giving them a 3-1 edge in the series.

Here you can find the best picks, news, and stats for this North Division battle at Scotiabank Arena. Toronto is the favorite at -224. This according to PointsBet Sportsbook, which puts Montréal at +200 as the underdog.

Montreal Has No Answers for Campbell

The Montréal Canadiens put 32 shots on net against Toronto but came away empty-handed. Carey Price stopped 24 of 27 shots as the Canadiens went 0-4 on the power-play and dominated this contest in all ways but on the scoreboard

Montréal is averaging just 1.00 goals per game and is connecting on 3.5% of their shots, last among the 16 playoff teams in both categories. They have not connected on the power-play either. The team has just four goals scored with no one having more than a single tally.

The Canadiens are allowing 3.00 goals per game and are killing off 81.3% of penalties. Price has started all four games, posting a 2.58 GAA and a .920 save percentage.

Jack Campbell stopped all 32 shots he faced and four different players scored a goal for Toronto as they took a 3-1 series lead. Alex Galchenyuk scored a goal and added two assists and Alexander Kerfoot had three assists in the contest.

Toronto is averaging 3.00 goals per game and is connecting on 9.5% of their shots, fifth-best in the playoffs. The power-play has been solid 18.8%, ninth overall. William Nylander and Kerfoot are tied for the team lead in points with five. Nylander has four goals to lead Toronto.

The Maple Leafs are allowing 1.0 goals per game and have killed off all power-play opportunities for Montréal. Campbell has been the guy in the playoffs, posting a 1.01 GAA and a .965 save percentage.

You can call it – this series is over. Montréal looks listless, and they have lost the last three games after earning a huge victory in Game 1 of this series. This team just has no life, scoring only one goal at home and they have two total goals in the last three games. Campbell has been a beast and there is nothing Montréal can do into the series.

I look for a game very similar to what we saw in Game 4. I do not expect Montréal to get shut out, but they will not get more than one goal in this contest. Look for Toronto to get four as they hold a two-goal lead late in the contest before the Canadiens pull their goaltender trying to get back in the contest and give up an empty-net tally.