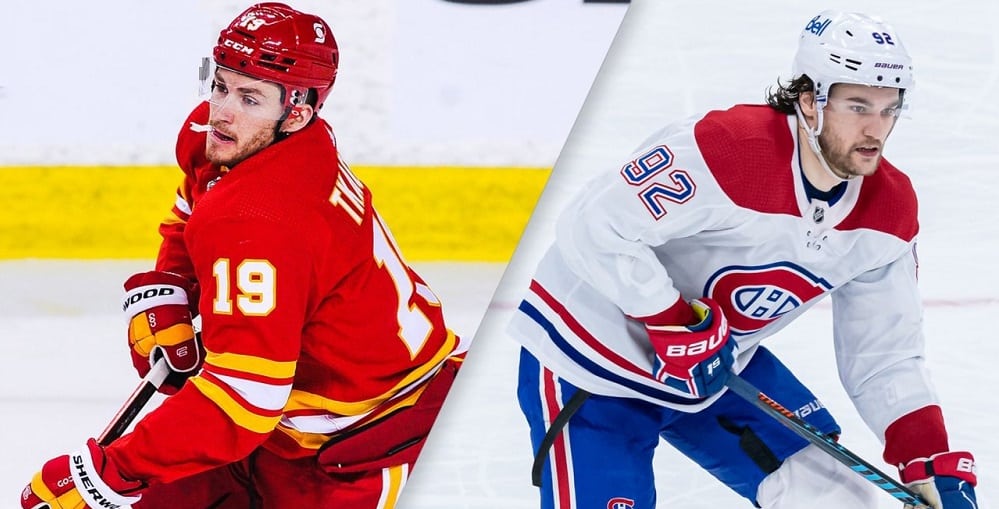 It is the first of three straight games between these teams when the Montréal Canadiens and Calgary Flames square off on Friday. These teams play again on Saturday and Monday. Montréal won the most recent meeting, 2-1.

Here you can find the best picks, news, and stats for this North Division battle at Scotiabank Saddledome. Montréal is the favorite at -116. This according to PointsBet Sportsbook, which puts the odds Calgary at -105 as the underdog.

Goaltender Carey Price is out for Montréal with a concussion. Calgary reports no injuries.

Canadiens Hang on to Down Edmonton

Montreal took a 4-1 lead over Edmonton, only to watch the Oilers score two goals within the span of 61 seconds with one minute left in the contest. However, the Canadiens held on for the victory. Jake Allen stopped 22 of 25 shots to earn the win and Josh Anderson scored two goals for the team.

Montréal is 13th in goals per game at 2.93 and is 20th and shooting percentage at 9.2%. They are 21st on the power-play at 19.0%. Tyler Toffoli scored his team-leading 22nd goal of the season against Edmonton and now leads the team with 33 points. With two assists on Wednesday, Jeff Petry now has the team lead with 21 and is second in points with 32.

Calgary lost to Ottawa on Monday, 4-2. Jacob Markstrom stopped 16 of 19 shots. Milan Lucic and Elias Lindholm had the goals for the Flames.

Calgary has gotten the better of Montréal of late, winning four of the last five meetings, however, the Flames are struggling of late, losing their last two games. Montréal responded with a big victory over Edmonton on Wednesday, and I personally like Allen between the pipes better than Price. He is doing a much better job for the Canadiens.