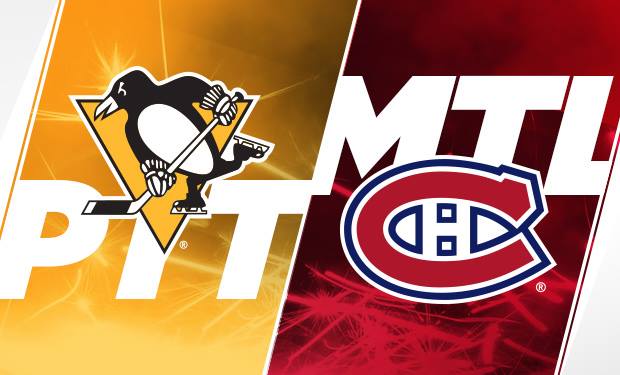 Phillip Danault, Tomas Tatar, and the Montreal Canadiens will do battle against Evgeni Malkin, Jake Guentzel, and the Pittsburgh Penguins at PPG Paints Arena in an Eastern Conference matchup. The opening face-off takes place at 7 p.m. ET on Tuesday, December 10, and you can witness the game live on AT&T SportsNet Pittsburgh.

Pittsburgh is 17-13 straight up (SU) and has earned 0.4 units for moneyline bettors this year. That early-season winning percentage is right in line with what the team produced during the 2018-19 season (44-38). 15 of the team’s 30 matches have gone under the total, while 14 have gone over and just one has pushed. The team’s 12-5 SU at home this season.

The Penguins have converted on just 16.1 percent of their power play opportunities this year, a mark that places them in the bottom-10 overall among NHL teams. On the other hand, their penalty kill is ranked 14th overall, and they’ve successfully killed off 81.9 percent of all penalties.

With a .897 save percentage and 24.0 saves per game, Matt Murray (11-10-4) has been the primary option in goal for the Pens this season. If the Pens, however, decide to give him the night off, head coach Mike Sullivan may roll with Tristan Jarry (7-4-4 record, .943 save percentage, 1.81 goals against average).

Montreal has lost 7.4 units for moneyline bettors this year and is currently 13-17 straight up (SU). 16 of its games have gone over the total, while 12 have gone under the total and just two have pushed. As the visiting team, the Canadiens are 6-7 SU so far.

The Canadiens have converted on 19.0 percent of their power play chances this year, a mark that’s right around league average. On the other hand, its penalty kill unit is ranked 26th overall and it’s successfully killed off 75.6 percent of all penalties.

Carey Price (27.1 saves per game) has been the main option in the net for Montreal. Price owns a 12-12-3 record, while registering a .902 save percentage and 3.04 goals against average this year.

Over Pittsburgh’s last ten outings, seven of them have been decided by two or more goals (the team is 5-2 in those games).

For both of these clubs, the total has gone over in three of their past five outings.

Montreal skaters have averaged 8.2 giveaways over its last five home games, an improvement from its season average of 12.2 giveaways per game (ranked 27th in the league).

Pittsburgh skaters have averaged 9.2 giveaways over its last five home games, right in line with its season average of 9.4 giveaways per game (the 12th-fewest in the NHL).

This game features a couple of the more aggressive teams in the league. Montreal skaters have accounted for the league’s fifth-most hits per game (27.2) while the Pens have handed the third-most (29.3).