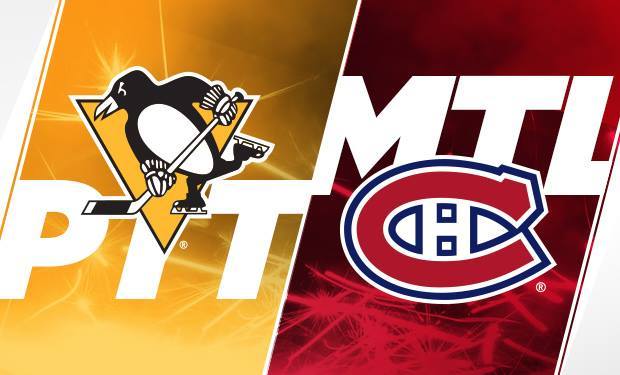 In their third and last head-to-head meeting of the regular season, the Montreal Canadiens and the Pittsburgh Penguins collide at PPG Paints Arena. AT&T SportsNet Pittsburgh will air this Eastern Conference matchup, which gets underway at 7 p.m. ET on Friday, February 14.

Playing the role of favorite will be Pittsburgh (-200), whereas Montreal is a dog showing moneyline odds of +170, and the Over/Under (O/U) has been placed at an even 6 goals. If you want to play the matchup’s total, you’ll be looking at odds of -110 money on the over and -110 for the under at PointsBet Indiana Sportsbook.

The Penguins are 34-21 straight up (SU) and have earned moneyline bettors 8.3 units this season. That winning percentage, the NHL’s third-best so far in the early season, is an improvement compared to how the team performed during last year’s regular season (44-38). Among its 55 games this season, 26 have gone under the total, while 26 have gone over and just one has pushed. This season, the team is 19-9 SU at home.

Pittsburgh’s converted on 19.9 percent of its power play chances this season, a figure that’s right around league average. On the other hand, its penalty kill is ranked 10th overall, and it’s successfully killed off 82.8 percent of all penalties.

Evgeni Malkin and Bryan Rust will both spearhead the attack for the Penguins. Malkin (58 points) is up to 18 goals and 40 assists and has recorded two or more points 17 times this year. Rust has 22 goals and 23 assists to his credit and has notched a point in 28 games.

On the other bench, Montreal is 27-32 straight up (SU) and has lost 12.4 units for moneyline bettors thus far. Through 59 regular season matches, 31 of its games have gone under the total, while 25 have gone over and just three have pushed. As an away team , Montreal is 14-13 SU.

Montreal has converted on just 18.5 percent of its power play chances this season, a mark that places it in the bottom-10 overall among NHL teams. On the other hand, its penalty kill unit is ranked 19th overall and it’s successfully killed off 79.3 percent of all opponent power plays.

Carey Price (27.9 saves per game) has been the main option in goal for Montreal. Price has 24 wins, 24 losses, and four overtime losses to his credit, and has registered a .913 save percentage and 2.71 goals against average this year.

Tomas Tatar (20 goals, 32 assists) has been one of the most vital playmaking threats for the visiting Canadiens.

Two of Montreal’s last ten games have been decided by a shootout. The team is 2-0 in those games and 4-1 overall in shootouts this season.

The under has hit in four of Montreal’s last five outings.

Over Pittsburgh’s last ten outings, four of them have been decided by two or more goals (the team is 1-3 in those games).

This game features two of the more physical teams in the league. Montreal skaters have dished out the fifth-most hits in the league (27.1 per game) and the Pens have handed the third-most (28.3).