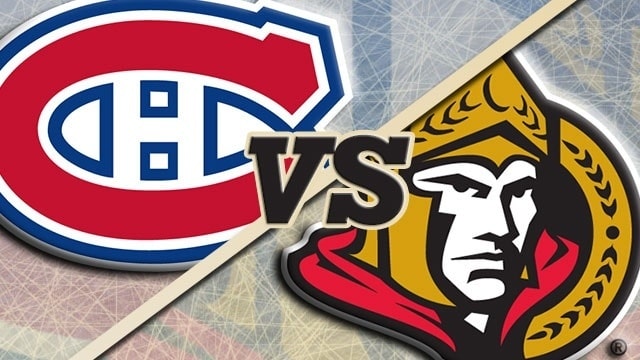 Tomas Tatar, Max Domi, and the Montreal Canadiens will face off against Anthony Duclair, Jean-Gabriel Pageau, and the Ottawa Senators at Canadian Tire Centre for an Atlantic Division showdown. CBC Sports will air the matchup, and the opening face-off is at 7 p.m. ET on Saturday, January 11.

Montreal has converted on 21.3 percent of its power play chances this season, a mark that’s right around league average. Its penalty kill is ranked 25th out of 31 teams, and the team’s successfully killed off only 77.3 percent of its penalties..

Averaging 26.8 saves per game with a .901 save percentage, Carey Price (16-20-4) has been the best option in goal for Montreal this season. If Montreal chooses to rest him, however, head coach Claude Julien could turn to Keith Kinkaid (1-5-3), who has a .875 save percentage and 4.24 goals against average this year.

Over on the other bench, Ottawa is 16-28 straight up (SU) and has lost 6.0 units for moneyline bettors thus far. Through 44 regular season matches, 25 of its games have gone over the total, while 18 have gone under and none have pushed. It’s 11-9 SU as the home team this year.

The Senators have converted on just 11.9 percent of their power play opportunities this year, a figure that places them in the bottom overall among NHL teams. On the other hand, its penalty kill is ranked 17th overall, and it’s successfully killed off 80.9 percent of all opponent power plays.

Anders Nilsson (28.5 saves per game) has been the top netminder in goal for the Senators. Nilsson has nine wins, 11 losses, and two overtime losses to his credit and has recorded a poor .908 save percentage and 3.18 goals against average this season.

The Senators are 0-3 in games that go to shootout. The Canadiens are 2-1 in shootouts.

For both of these teams, the over has hit in each of their last five outings.

The Canadiens have averaged the league’s most shots on goal (35.1) while Ottawa has attempted just the 26th-most (29.7).

Five of Ottawa’s last ten outings have been decided by two or more goals. The club is 1-4 overall in those games.

This game features two of the tougher teams in the league. Montreal skaters have accounted for the league’s fourth-most hits per game (27.7) and the Sens have registered the sixth-most (27.3).