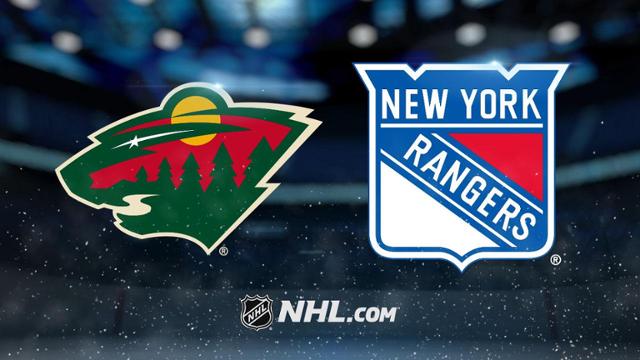 Madison Square Garden is playing host to an enticing matchup as the New York Rangers face off against the visiting Minnesota Wild. This East-West matchup will get going at 7 p.m. ET on Monday, November 25, and it’ll be showcased live on Fox Sports North Plus.

The Rangers are 10-11 straight up (SU) and have earned 2.4 units for moneyline bettors this year. That early-season winning percentage is a welcomed improvement compared to what the team managed during last year’s regular season (32-50). 11 of its 21 outings have gone under the total, while 10 have gone over and none have pushed. The team is 6-6 SU at home this season.

New York’s converted on 20.5 percent of its power play chances this year, a mark that’s right around league average. On the other hand, its penalty kill is ranked 26th overall, and it’s successfully killed off 73.8 percent of all penalties.

Averaging 31.5 saves per game with a .909 save percentage, Henrik Lundqvist (five wins, eight losses, and one OT loss) has been the top goalkeeper for the Rangers this season. If they choose to give him a breather, however, head coach David Quinn may turn to Alexandar Georgiev (5-5-5 record, .903 save percentage, 3.42 goals against average).

Minnesota has lost 5.6 units for moneyline bettors this year and is currently 9-14 straight up (SU). 12 of its matches have gone over the total, while nine have gone under the total and just two have pushed. Minnesota’s 4-11 SU as an away team this season.

Minnesota has converted on 18.8 percent of its power play chances this year, a figure that’s right around league average. On the other hand, its penalty kill unit is ranked 16th overall and it’s successfully killed off 82.6 percent of all penalties.

Devan Dubnyk (3.35 goals against average and .893 save percentage) has been the primary option in goal for Minnesota. Dubnyk is averaging 25.0 saves per game and owns a 4-10-2 record.

Eric Staal (seven goals, 10 assists) and Jason Zucker (eight goals, eight assists) have been the top playmakers for Minnesota and will lead the offensive counter for the visiting Wild.

Minnesota has managed 6.3 takeaways per game (ranked 27th in the league).