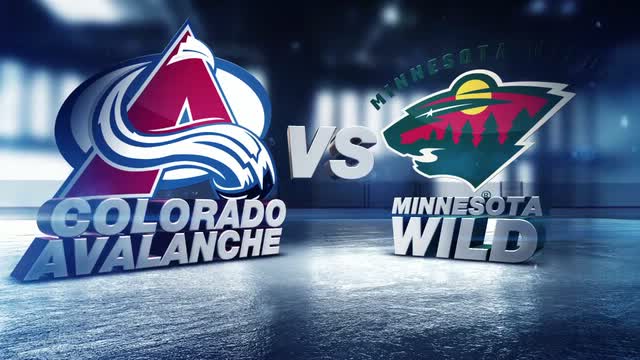 Two teams that split their head-to-head series (two wins apiece) a year ago, the Minnesota Wild and the Colorado Avalanche take the ice at the Pepsi Center. This divisional matchup will get started at 8 p.m. ET on Friday, December 27 and it’ll be televised live on NBC Sports Network.

The Avalanche are 23-14 straight up (SU) and have earned moneyline bettors 8.3 units this year. That winning percentage, the league’s fourth-strongest so far this season, is a welcomed improvement compared to how the team performed during the 2018-19 season (38-44). Through 37 regular season outings, 18 of the team’s games have gone over the total, while 17 have gone under and just two have pushed. Thus far, the team’s 10-7 SU at home.

Colorado has converted on 19.0 percent of its power play chances this season, a mark that’s right around league average. On the other hand, its penalty kill is ranked 21st overall, and it’s successfully killed off 79.3 percent of all penalties.

Averaging 27.9 saves per game with a .913 save percentage, Philipp Grubauer (11 wins, 10 losses, and two OT losses) has been the top option in goal for the Avalanche this year. If head coach Jared Bednar chooses to give him a breather, however, the team may go with Pavel Francouz (12-4-4 record, .932 save percentage, 2.22 goals against average).

Nathan MacKinnon and Joonas Donskoi will each lead the offensive attack for the Avalanche. MacKinnon (55 points) is up to 21 goals and 34 assists and has recorded multiple points 15 times this year. Donskoi has 13 goals and 15 assists to his name and has recorded at least one point in 15 games.

In the other locker room, Minnesota is 18-20 straight up (SU) and has lost 1.9 units for bettors taking the moneyline this year. Through 38 regular season contests, 19 of its games have gone over the total, while 15 have gone under the total and just four have pushed. As the visiting team this season, Minnesota is 8-15 SU.

Minnesota has converted on 17.4 percent of its power play opportunities this season, a mark that’s right around league average. On the other hand, its penalty kill unit is ranked 23rd overall and it’s successfully defended 77.1 percent of all penalties.

Alex Stalock (25.1 saves per game) has been the primary option in the net for Minnesota. Stalock owns a 10-10-2 record, and has registered a .901 save percentage and 3.02 goals against average this year.

Eric Staal (14 goals, 17 assists) will pace the offensive counter for the visiting Wild.

For both of these clubs, the total has gone over in three of their past five outings.