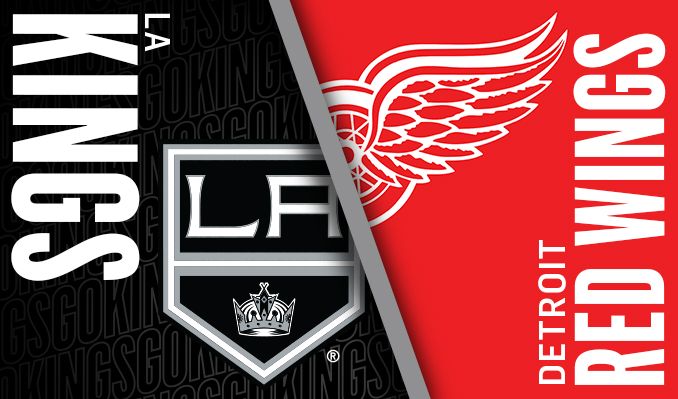 Little Caesars Arena is the site for an enticing matchup as the Los Angeles Kings pay a visit to the Detroit Red Wings. It’s the last time that the two clubs will meet in the regular season. This East-West matchup will get going at 7 p.m. ET on Sunday, December 15 and it’s being televised live on Fox Sports Detroit.

Los Angeles has converted on just 12.7 percent of its power play opportunities this season, a mark that’s ranked 30th in the NHL. Its penalty kill is ranked 30th overall, and the team’s successfully killed off only 73.3 percent of all penalties.

Los Angeles, as a collective unit, has been penalized 3.5 times per game in the 2019-20 season, and 4.6 per game over its last five games. The team’s been forced to kill penalties an unhealthy 13.8 minutes per game over their last five outings.

Sporting a .891 save percentage and 25.0 saves per game, Jonathan Quick (9-14-2) has been the best option in goal for Los Angeles this year. Quick played last night, however, so the team might opt to rest him and instead roll with Jack Campbell (4-7-1 record, .891 save percentage, 2.99 goals against average).

Anze Kopitar and Drew Doughty will both be offensive focal points for the visiting Kings. Kopitar has 29 points via 11 goals and 18 assists, and has recorded two or more points seven times. Doughty has six goals and 16 assists to his name (and has registered at least one point in 14 games).

Detroit is 9-25 straight up (SU) and has lost 12.0 units for moneyline bettors thus far. 16 of its games have gone over the total, while 12 have gone under and just five have pushed. This year, the team is 5-12 SU at home.

Detroit has converted on 16.5 percent of its power play chances this year, a mark that’s right around league average. On the other hand, its penalty kill is ranked 31st overall, and it’s successfully killed off 73.1 percent of all penalties.

Jonathan Bernier (26.0 saves per game) has been the primary netminder in goal for Detroit. Bernier has seven wins, 14 losses, and two overtime losses and has recorded a poor .897 save percentage and 3.22 goals against average this season.

The Wings offense will be led by Tyler Bertuzzi (11 goals, 15 assists).

The Kings have averaged the league’s second-most shots on goal (34.1) and Detroit has attempted the 30th-most (just 28.6).