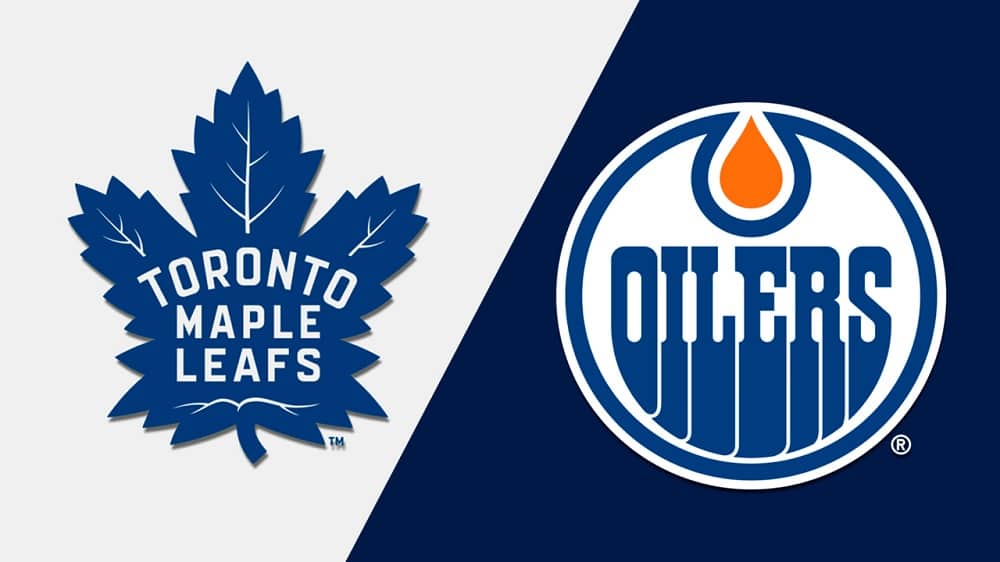 The Edmonton Oilers and Toronto Maple Leafs are interconference foes, but due to the coronavirus pandemic, they will play in the North Division this season. Their first encounter is set for Wednesday, January 20, 2021, at Scotiabank Arena in Toronto, so here’s my best betting pick along with the latest odds on BetMGM Sportsbook.

The Maple Leafs opened as slight favorites with their moneyline odds at -145. Toronto has won seven of its last eight meetings with Edmonton, but the Oilers have defeated the Maple Leafs in their previous matchup at Scotiabank Arena, 6-4, as +180 road underdogs.

The Edmonton Oilers (1-3-0) have earned just one victory over their four-game homestand, outlasting the Vancouver Canucks 5-2 as -135 favorites. They are coming off a two-game series with the Montreal Canadiens, and the Oilers haven’t impressed at all.

Edmonton lost the opener 5-1, while the Oilers suffered another tough loss last Monday, 3-1. They combined for 70 shots in two games against the Canadiens and netted only twice, so the Oilers head coach Dave Tippett cannot be pleased.

Connor McDavid and Leon Draisaitl have five points each, but Draisaitl is still goalless. These two guys will be the biggest threat to the Maple Leafs’ goaltender. The Oilers miss Mike Smith, so Mikko Koskinen was between the pipes in the first four games, posting a 3.80 GAA with a .896 save percentage.

The Toronto Maple Leafs (3-1-0) have already met three different teams through their first four games. After a 5-4 overtime win to Montreal in the opener and a 5-3 defeat at Ottawa, the Maple Leafs have recorded two straight wins, beating the Senators 3-2 on the road and the Winnipeg Jets 3-1 on the home ice.

Centers Mitch Marner and John Tavares lead the way for Toronto, notching three goals and three assists each. The Maple Leafs have scored six power-play goals out of 14 opportunities, and that’s the third-best record in the league at the moment.

Frederik Andersen should patrol the crease Wednesday against the Oilers after going 2-1-0 with a 3.32 GAA and a .881 save percentage in his first three starts. Jack Campbell had 17 saves in a 3-2 win at Ottawa.

I’m not impressed with the Maple Leafs’ defense, but their attack might be the best in the NHL. With Auston Matthews, John Tavares, Mitch Marner, and William Nylander upfront, the Maple Leafs should torture Edmonton all night long.

The Oilers can certainly make some damage. Leon Draisaitl and Conor McDavid haven’t found the net in two straight games, so this could be their night. Still, the hosts look like a better team at the moment, so I’m taking them to win straight up.

The over is 6-3 in Edmonton’s last nine games overall, and it is 4-3 in Toronto’s previous seven outings. Also, four of the last seven encounters between these two foes went in the over.

Both teams have so much offensive firepower, so I have to bet on the over. Neither side can brag with a stout defense, and the Oilers have allowed a whopping 15 goals so far. However, the visitors could easily score a few times here, as they take the third-most shots per game (34.5). Toronto is sixth in the NHL in shots per contest (33.8).