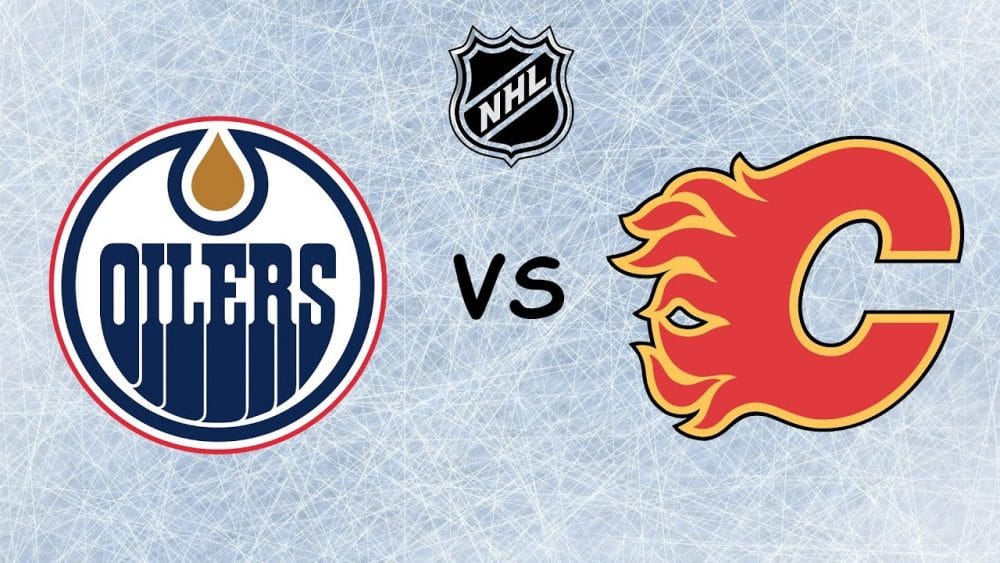 The Edmonton Oilers and Calgary Flames will open their ten-game regular-season series Saturday night at Scotiabank Saddledome in Calgary, so I’ve prepared the best betting pick for their Battle of Alberta along with the key tips and stats and the latest odds on FanDuel Sportsbook.

The Flames opened as slight -120 moneyline favorites and should come in full strength, though center Derek Ryan has some problems with a finger injury. On the other side, the Oilers are still without goaltender Mike Smith, while defenseman Ethan Bear is questionable to play.

The Edmonton Oilers (6-6-0) are rolling on a three-game winning streak following a 4-2 victory to the Ottawa Senators as -235 home favorites. They swept a two-game set after dismantling Ottawa 8-5 when Leon Draisaitl recorded career-high six assists.

Draisaitl and Connor McDavid continue to lead the way for Edmonton, combining for a whopping 46 assists thus far (15 goals and 31 assists). The Oilers are sixth in the league in goals scored per game (3.50), but they surrender 3.58 goals a night which are the fourth-most in the NHL.

Mikko Koskinen is guarding the cage in Mike Smith’s absence. The 32-year-old goalie is 5-6-0 with a 3.31 GAA and a .897 save percentage. The Oilers yielded 11 power-play goals while recording the seventh-worst penalty-killing percentage in the NHL (73.2%).

The Calgary Flames (4-5-1) are coming off a three-game road series against the Winnipeg Jets. After a 4-3 shootout victory, the Flames suffered a couple of losses, 3-2 and 4-1, even though they were listed as slight favorites on both occasions.

This is one of the biggest rivalries in the National Hockey League, so we’ll see a tremendous battle. The Oilers thrashed off the Flames 8-3 in their previous duel, but Calgary has won seven of its last ten encounters with Edmonton.

While Edmonton possesses a lethal offensive line, Calgary mostly leans on its defense. Jakob Markstrom is arguably a much better goalie than Mikko Koskinen, while the Oilers’ defense has been terrible thus far.

Therefore, I’m backing the Flames to win straight up. If they slow down Leon Draisaitl and Connor McDavid, the visitors will be in big trouble.

Over their last seven outings, the Oilers allowed fewer than three goals only once. Five of their previous six games produced seven or more goals in total, and the over is 6-1 in that stretch.

On the other side, the under is 4-2-1 in Calgary’s last seven showings. None of the Flames’ previous five games produced more than six goals in total, but the clash against the Oilers’ leaky defense could be a proper high-scoring affair. Edmonton is struggling mightily on the defensive end, but the Oilers can score a few goals against anyone in the league. Pick: Go over 6.5 goals at +100