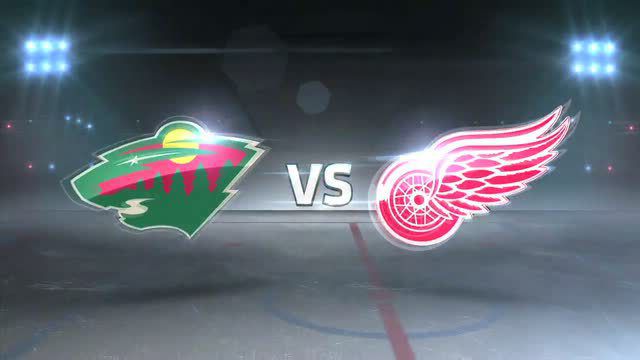 Dylan Larkin, Tyler Bertuzzi, and the Detroit Red Wings will do battle against Eric Staal, Ryan Suter, and the Minnesota Wild at the Xcel Energy Center in an East-West tilt. The game gets underway at 8 p.m. ET on Wednesday, January 22, and you’ll be able to see the game live on NBC Sports Network.

Detroit (+220) is playing the role of underdog to Minnesota (-260) and the oddsmakers at William Hill have set the Over/Under (O/U) at 6 goals. The odds for betting that total stand at -120 money on the over and +100 on the under.

Minnesota is 22-27 straight up (SU) and has lost 4.7 units for moneyline bettors this year. That early-season winning percentage hasn’t moved much from the 37-45 record the team posted during the 2018-19 season campaign. Through 49 regular season matches, 24 of its games have gone over the total, while 21 have gone under and just four have pushed. The team’s 13-10 SU at home this year.

The Wild have converted on 20.5 percent of their power play chances this year, a mark that’s right around league average. On the other hand, their penalty kill is rated 28th overall, and they’ve successfully killed off 75.2 percent of all penalties.

Averaging 25.4 saves per game with a .903 save percentage, Alex Stalock (12-13-3) has been the top option in goal for Minnesota this season. If head coach Bruce Boudreau decides to give him the night off, however, Minnesota could turn to Devan Dubnyk (8-15-15 record, .892 save percentage, 3.35 goals against average).

Detroit has lost 19.1 units for bettors taking the moneyline thus far and is currently 12-38 straight up (SU). 23 of its matches have gone over the total, while 22 have gone under the total and just five have pushed. The Red Wings are 4-20 SU as the away team this season.

The Red Wings have converted on just 14.4 percent of their power play chances this year, a mark that places them in the bottom- overall among NHL teams. On the other hand, its penalty kill unit is ranked 30th overall and it’s successfully defended 73.4 percent of all penalties.

Jonathan Bernier (26.0 saves per game) has been the primary choice in goal for Detroit. Bernier owns a 10-18-2 record, and has registered a .904 save percentage and 2.99 goals against average this year.

The Wild are 1-2 in games that go to shootout. The Red Wings are 1-1 in shootouts.

For both of these teams, the over has hit in three of their last five outings.

Seven of Detroit’s last ten games have been decided by two goals or more. The team is 1-6 in those games.

Detroit skaters have accounted for the 10th-most hits in the league (22.7 per game).