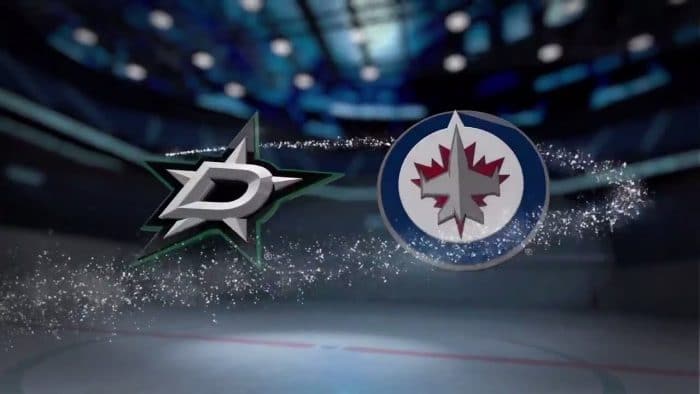 Bell MTS Place will be the site for an enticing clash as the Winnipeg Jets welcome the visiting Dallas Stars. Fox Sports Southwest will showcase this Central Division matchup, and the puck drops at 2 p.m. ET on Sunday, November 10.

Earning 0.4 units for moneyline bettors, the Jets are 9-8 straight up (SU) overall thus far. That early-season winning percentage is a slide from what the team recorded during the 2018-19 season (47-35). Through 17 regular season matches, nine of its games have gone under the total, while six have gone over and just one has pushed. The team is 4-5 SU at home thus far.

Winnipeg’s converted on 16.4 percent of its power play chances this year, a figure that’s right around league average. On the other hand, its penalty kill is ranked 29th overall, and it’s successfully killed off 71.4 percent of all penalties.

Averaging 31.2 saves per game with a .933 save percentage, Connor Hellebuyck (seven wins, six losses, and one OT loss) has been the primary option in goal for the Jets this year. If the Jets decide to rest him, however, head coach Paul Maurice could roll with Laurent Brossoit (2-3-3 record, .858 save percentage, 4.12 goals against average).

The Jets will continue relying on offensive production via Mark Scheifele and Patrik Laine. Scheifele (16 points) has produced six goals and 10 assists and has recorded multiple points four times this year. Laine has three goals and 11 assists to his name and has recorded a point in nine games.

Dallas has lost 1.9 units for bettors taking the moneyline this year and is currently 8-9 straight up (SU). Through 17 regular season outings, 13 of its games have gone under the total, while four have gone over and none have pushed. As the visiting team, Dallas is 3-5 SU so far.

Dallas has converted on just 13.2 percent of its power play opportunities this season, a mark that places it in the bottom-10 overall among NHL teams. On the other hand, its penalty kill unit is ranked seventh overall and it’s successfully defended 85.7 percent of all opponent power plays.

Ben Bishop (.928 save percentage and 2.22 goals against average) has been the primary option in goal for Dallas. Bishop is averaging 26.8 saves per game and has six wins, six losses, and one overtime loss to his credit.

Tyler Seguin (three goals, eight assists) has been one of the top offensive facilitators for the visiting Stars.

NHL Tip:  Under The Total

The Stars are 1-3 when they serve fewer penalty minutes than their opponent and 2-7 in games where they’re in the box for fewer than 10 penalty minutes, total.

Dallas has scored 2.4 goals per game overall this year, but is scoring 4.0 per match up over the team’s four-game winning streak.