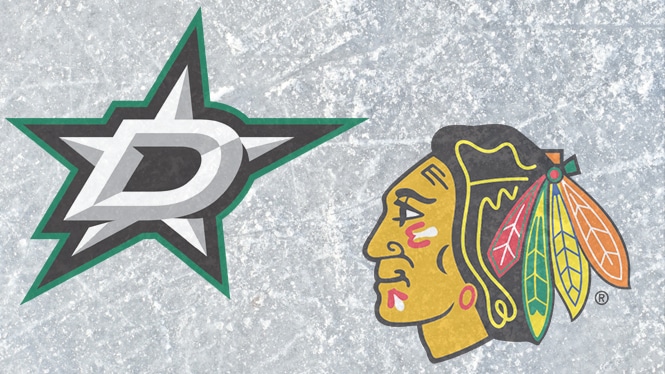 Tyler Seguin, Miro Heiskanen, and the Dallas Stars are set to do battle against Alex DeBrincat, Patrick Kane, and the Chicago Blackhawks at the United Center in a Central Division showdown. The action gets underway at 8 p.m. ET on Tuesday, November 26, and fans at home are able to see it live on NBC Sports Network.

Dallas is 15-10 straight up (SU) and has earned moneyline bettors 3.7 units this year. Through 25 regular season outings, 16 of its games have gone under the total, while eight have gone over and none have pushed. The Stars are 6-6 SU as a road team in 2019-20.

Dallas has converted on just 15.1 percent of its power play opportunities this year, a figure that places them in the bottom-10 overall among NHL teams. Having said that, it has the third-strongest penalty kill in the league, and it’s successfully killed off 86.8 percent of all penalties..

Averaging 25.8 saves per game with a .926 save percentage, Ben Bishop (11-6-1) has been the best option in goal for Dallas this year. Bishop played last night, however, so head coach Jim Montgomery could opt to rest him and turn to Anton Khudobin instead (6-4-1 record, .929 save percentage, 2.15 goals against average).

On the other side of the ice, Chicago is 9-14 straight up (SU) and has lost 3.1 units for moneyline bettors this year. Through 23 regular season contests, 14 of its games have gone under the total, while eight have gone over and just one has pushed. This season, the team’s 6-7 SU at home.

The Blackhawks have converted on just 12.3 percent of their power play chances this season, a figure that places them in the bottom overall among NHL teams. On the other hand, its penalty kill is ranked 18th overall, and it’s successfully killed off 80.8 percent of all opponent power plays.

Robin Lehner (33.5 saves per game) has been the top netminder in goal for the Blackhawks. Lehner has five wins, eight losses, and four OT losses and has maintained a strong .938 save percentage and 2.38 goals against average this season.

Seven of Dallas’ last ten games have been decided by two goals or more. The team is 7-0 in those games.

Dallas is 1-1 in games decided by a shootout this season while Chicago is 0-3 in shootouts.

The under has hit in four of Chicago’s last five outings.

Dallas has averaged 10.0 giveaways over its last five home games, an improvement from its season average of 13.2 giveaways per game (ranked 30th in the league).

Chicago skaters have averaged 12.0 giveaways over its last five home games, a rise over its season average of 10.9 giveaways per game (ranked 17th in the league).

The Hawks this season have registered the seventh-most hits in the NHL (25.8 per game).