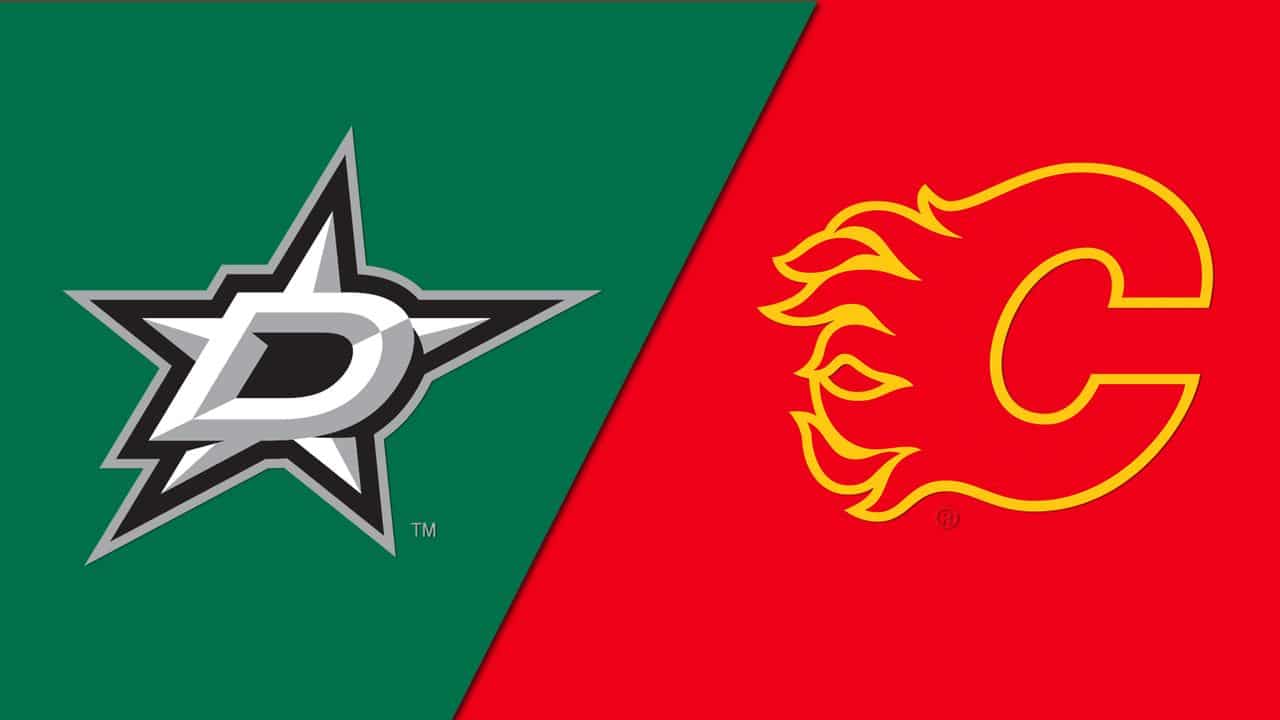 The Dallas Stars meet the Calgary Flames for Game 5 of their seven-game playoff series in the first round of the NHL Stanley Cup playoffs from the Scotiabank Saddledome in Calgary. Calgary earned a 4-1 victory on Monday, evening the series at two games apiece, so let’s see what’s the best Stars vs. Flames betting pick for Wednesday evening.

First time bettors at the FanDuel Sportsbook site can make a risk-free wager up to $1000, by choosing to place a bet on the Stars vs. Flames playoff game or any other event in a major sport. You earn all the proceeds should you win. If you lose, a credit up to $1000 will be placed into your account based upon the amount you wagered.

Why Bet The Flames:

✅ The Calgary Flames have arguably the best goaltender in the NHL in the net for Game 5. Jacob Markstrom is a finalist for the Vezina Trophy after going 37-15-9 with a 2.22 goals-against average and a .922 save percentage during the regular season. He led the NHL with nine shutouts and has a 1.27 GAA during the playoffs.

✅ The Calgary Flames were a very good home team during the regular season, posting a 25-9-7 record, ninth-best in the NHL. They closed out the regular season going 4-1-0 in their last five games at home, which included a victory over Dallas. They have defeated the Stars in three of the last four games in Calgary.

✅ The Dallas Stars entered the playoffs with the worst offense among playoff contenders, recording 238 goals. They have been held to two goals or fewer in three of the four games and have only five goals scored with Markstrom between the pipes, delivering two empty net tallies.

The Dallas Stars (46-30-6; 34-48 ATS) continue to rely on goaltender Jake Oettinger to keep them in games and he has been brilliant, posting a 1.53 goals-against average and a .960 save percentage through the first four contests. He gave up three goals in Game 4, but had allowed Calgary only three goals through the first three games.

Dallas has scored power-play goals in each of the last two games, but are only at 11.8% efficiency with the man advantage. This was a strength for the Stars during the regular season, as they were 11th on the power-play at 22.5%.

The Calgary Flames (50-21-11; 45-37 ATS) got another strong performance from Jacob Markstrom, stopping 34 of 35 shots in the victory. Markstrom leads all playoff goalies with a 1.27 GAA after posting a 2.22 goals-against average during the regular season. He led the NHL with nine shutouts and has one in the playoffs.

The line of Johnny Gaudreau, Elias Lindholm, and Matthew Tkachuk continues to deliver, recording four total points in Game 4. They have 10 total points combined in this series, but more production is needed from other lines that this team is going to advance.