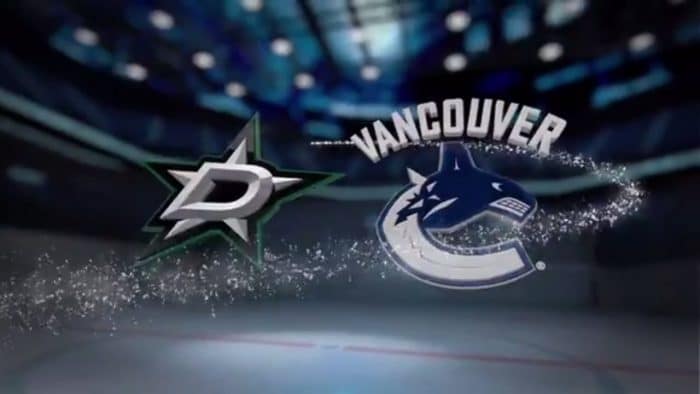 Rogers Arena will be hosting an intriguing matchup as the Dallas Stars face off against the Vancouver Canucks. Fox Sports Southwest will air this Western Conference matchup, which gets underway at 10 p.m. ET on Thursday, November 14.

Playing the role of favorite will be Vancouver (-140), whereas Dallas is an underdog displaying moneyline odds of +120. If you want to put some action on the matchup’s Over/Under (O/U) total, you’ll be looking at 105 for over 6 scores and +-125 for under under..

The Canucks are 10-9 straight up (SU) and have earned 0.6 units for moneyline bettors this season. That winning percentage, ranked 3rd in the Pacific Division in this young season, is a welcome improvement over the 35-47 record from last year’s regular season campaign. Among the team’s 19 games this season, nine have gone over the total, while an additional nine have gone under and just one has pushed. This year, the team’s 5-3 SU at home.

Vancouver’s been able to convert on 23.4 percent of its power play opportunities this season, a mark that’s good enough for seventh-best in the NHL. On the other hand, its penalty kill is ranked 12th overall, and it’s successfully killed off 83.3 percent of all penalties.

Averaging 28.0 saves per game with a .918 save percentage, Jacob Markstrom (5-7-3) has been the principal goalkeeper for the Canucks this season. If they choose to give him the night off, however, it could turn to Thatcher Demko (5-2-2 record, .931 save percentage, 2.13 goals against average).

The Nucks will continue to rely on leadership out of Elias Pettersson and Brock Boeser. Pettersson (23 points) has produced eight goals and 15 assists and has recorded two or more points in six different games this year. Boeser has eight goals and 11 assists to his name and has notched a point in 11 games.

On the visitors’ side of the ice, Dallas is 9-10 straight up (SU) and has lost 2.9 units for bettors taking the moneyline this year. Through 19 regular season contests, 14 of its games have gone under the total, while four have gone over and none have pushed. Dallas’ 4-6 SU as the visiting team this season.

Dallas has converted on just 14.0 percent of its power play opportunities this year, a mark that’s ranked 26th in the NHL. On the other hand, its penalty kill unit is ranked 12th overall and it’s successfully killed off 84.3 percent of all penalties.

Ben Bishop (26.5 saves per game) has been the primary option in goal for Dallas. Bishop owns a 7-6-1 record, and has registered a .930 save percentage and 2.12 goals against average this year.

Tyler Seguin (three goals, eight assists) has been one of the primary playmaking threats for the visiting Stars.

The total has gone under in four of Dallas’ last five games.