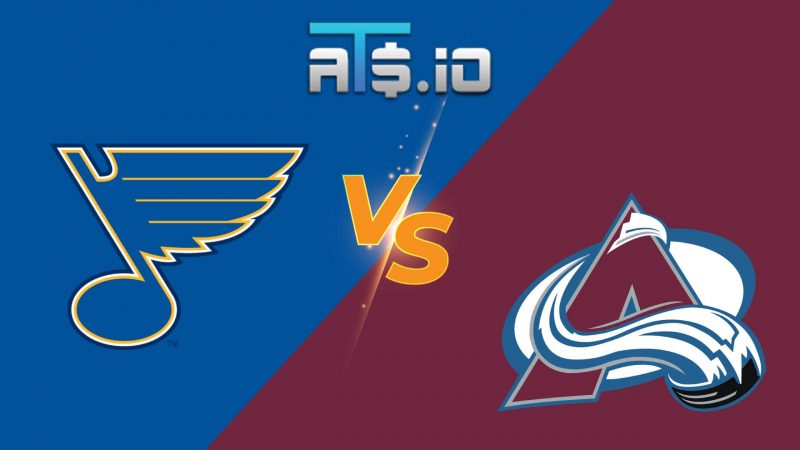 The Colorado Avalanche meet the St. Louis Blues for Game 4 of their seven-game playoff series in the second round of the NHL Stanley Cup playoffs from the Enterprise Center in St. Louis, Missouri. Colorado holds a 2-1 edge in the series after winning Saturday’s contest, so let’s see what’s the best Avalanche vs. Blues betting pick for Monday evening.

✅ The St. Louis Blues will be without Jordan Binnington after he was hurt in Game 3. That means Ville Husso will get the start, and he has not been very good in the playoffs, going 1-3 with a 3.38 GAA and a .891 save percentage. Husso allowed four goals on 23 shots after taking over in Game 3.

✅ The Colorado Avalanche have been devastating in the playoffs, going 6-1. Colorado swept the Nashville Predators and have taken two of the first three games against St. Louis. The Avalanche are a perfect 3-0 on the road in the postseason.

✅ The Colorado Avalanche are getting spectacular goaltending, allowing 2.43 goals per game. The Avalanche have allowed 17 total goals in their seven playoff games. Darcy Kuemper is 4-1 with a 1.99 GAA.

Kuemper sat out two games with an injury, but has held opponents to two goals or fewer in four of his five playoff appearances. He has a 1.99 GAA in the postseason.

The St. Louis Blues (54-25-12; 53-38 ATS) need Husso to step up. The loss of Binnington is huge, and one should expect this contest could get chippy. The Blues are averaging 3.33 goals per game, and have been outstanding on the power-play as well, connecting on 32.3% of their opportunities. They are killing off 83.3% of shorthanded situations.

Ryan O’Reilly is having a spectacular postseason, scoring seven goals and has 12 points. David Perron also has scored seven times and has 11 total points. Six of Perron’s seven goals have come on the power-play.