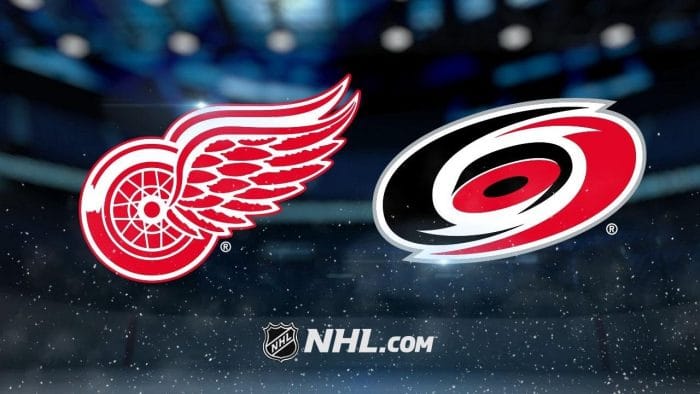 A pair of teams that both played last night, the Carolina Hurricanes and the Detroit Red Wings meet at Little Caesars Arena. This Eastern Conference matchup gets underway at 7 p.m. ET on Sunday, November 24 and it will be showcased live on Fox Sports Detroit.

Though the team is 14-9 straight up (SU) this season, Carolina has actually lost 1.6 units for bettors taking the moneyline this year. 13 of its outings have gone over the total, while nine have gone under and none have pushed. As the away team this season, the Canes are 6-5 SU.

Carolina has converted on 22.5 percent of its power play chances this season, a figure that’s right around league average. On the other hand, its penalty kill is ranked ninth overall, and it’s successfully killed off 83.8 percent of its penalties.

Carolina, as a collective unit, has been penalized 4.1 times per game overall during the 2019-20 season, and 3.4 per game over its past five games. The team has been forced to kill penalties just 8.4 minutes per game over their last five outings.

On the other side of the rink, Detroit is 7-18 straight up (SU) and has lost 5.8 units for moneyline bettors thus far. Through 25 regular season matches, 12 of its games have gone over the total, while eight have gone under and four have pushed. This year, the team’s 4-7 SU at home.

Detroit has converted on just 13.8 percent of its power play chances this year, a figure that places it in the bottom 5 overall among NHL teams. On the other hand, its penalty kill is ranked 28th overall, and it’s successfully killed off 72.8 percent of all penalties.

Jonathan Bernier (24.8 saves per game) has been the top choice in goal for Detroit. Bernier has five wins, 10 losses, and two overtime losses to his credit and has recorded a subpar .890 save percentage and 3.30 goals against average this year.

The Wings offense will be led by Anthony Mantha (12 goals, 11 assists).

Carolina could hold the upper hand if it’s a tight one late. The team’s 6-2 in one-goal games, while Detroit is 3-6 in such games.