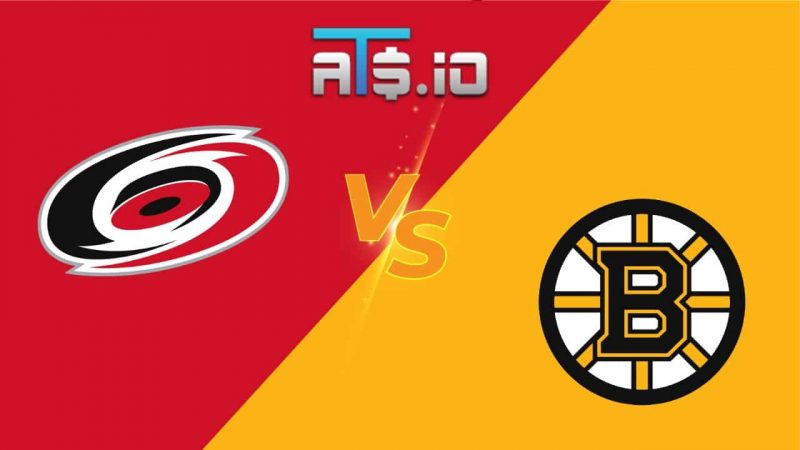 In our NHL predictions for Sunday, May 8, we’re taking a closer look at the 2022 Stanley Cup Eastern Conference first-round showdown from TD Garden in Boston, Massachusetts, to get you the best Hurricanes vs Bruins betting pick and odds. It’s Game 4 of the best-of-seven series, and the Canes lead 2-1 after winning the first two contests on the home ice. Carolina is a +115 moneyline dog for Sunday’s clash, while Boston sits at -135 odds.

Go to BetMGM Sportsbook and sign up to get a chance of taking a completely free bet worth up to $1,000 on the Hurricanes vs. Bruins game or any other major sports event. The new users will get their funds reimbursed if they lose their first wager with BetMGM.

✅ Carolina suffered a 4-2 defeat in Game 3 at TD Garden, and Pyotr Kochetkov yielded four goals on 28 shots. The 22-year-old netminder will return to the bench Sunday and leave the crease to Antti Raanta, who guarded the cage in Game 1 and suffered an upper-body injury in Game 2 after just 7:47 of play. Raanta yielded only one goal on 36 shots in the opener. He went 15-5-4 with a strong 2.45 GAA and .912 save percentage this past regular season.

✅ The Hurricanes are without their first-choice goalie, Frederik Andersen, who’s sidelined with a lower-body injury. Carolina is still one of the best defensive units in the NHL, and the Canes have allowed only three goals through their first two meetings with the Bruins in the postseason. Back in the regular season, the Hurricanes boasted the lowest-scoring defense (2.44 goals per game) and the best penalty-killing percentage in the league (88.0%).

✅ Carolina dominated Boston in the regular season. The Hurricanes blanked the Bruins in two of their three encounters in 2021-22, 3-0 and 6-0, while in the other one Carolina trounced Boston 7-1 as a +115 moneyline underdog at TD Garden.

The Canes took a 1-0 lead midway through the first period of Game 3. They allowed the shorthanded Bruins to tie the game late in the first, which was a kick in the teeth for the Hurricanes, who fell apart in the second period.

Vincent Trocheck and Jaccob Slavin found the back of the net for Carolina last Friday. Sebastian Aho had one assist in the opening clash and scored two goals in Game 2, but the 24-year-old star was a non-factor in Game 3.

The Bruins outshot the Hurricanes 28-27 last Friday and defeated Carolina for the first time since August 2020 and their postseason duel in the bubble. Four players found the back of the net, including Brad Marchand, who added a couple of assists to his tally.

Linus Ullmark has guarded the cage in the first two games of this series. He’s surrendered eight goals on 57 shots, so Jeremy Swayman took over in Game 3 and yielded a pair of goals on 27 shots. Swayman should get another starting call in Game 4.