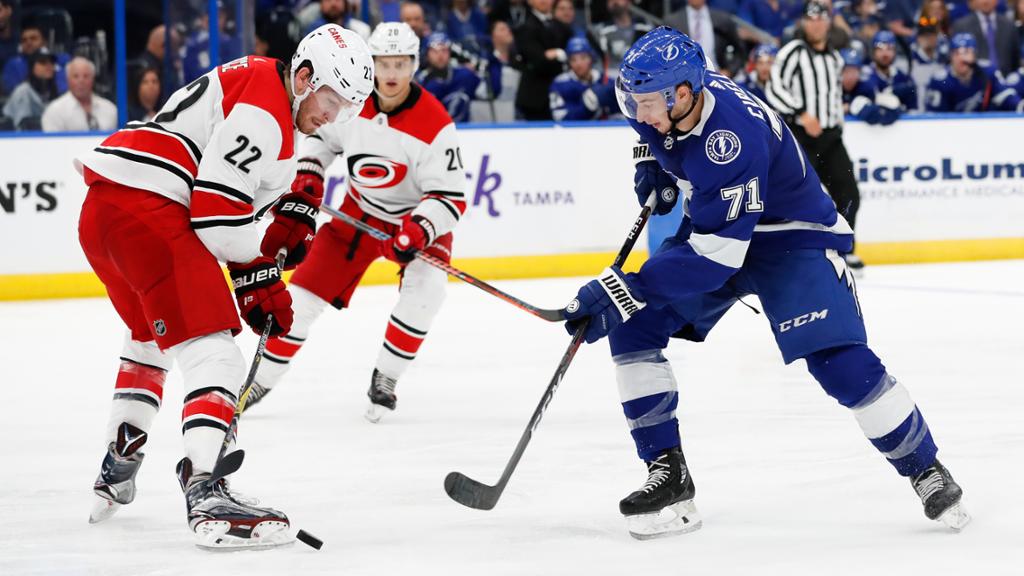 The Carolina Hurricanes, led by Andrei Svechnikov and Dougie Hamilton, are prepared to take the ice against Nikita Kucherov, Victor Hedman, and the Tampa Bay Lightning at Amalie Arena in an Eastern Conference showdown. The puck is going to drop at 7 p.m. ET on Saturday, November 30, and it can be viewed live on Fox Sports Sun.

Though the team is 15-11 straight up (SU) this season, Carolina has actually lost 1.2 units for bettors taking the moneyline thus far. 13 of its contests have gone over the total, while 12 have gone under and none have pushed. This 2019-20 Hurricanes team is 7-6 SU on the road.

Carolina has converted on 21.0 percent of its power play opportunities this year, a mark that’s good enough for 10th-best in the league. Additionally, its penalty kill is ranked seventh overall, and the team’s successfully killed off 84.4 percent of all penalties..

With a .901 save percentage and 23.7 saves per game, Petr Mrazek (11-7-1) has been the primary option in goal for Carolina this season. Mrazek did just play last night, however, so head coach Rod Brind Amour could opt to rest him and instead go with James Reimer (4-5 record, .910 save percentage, 2.71 goals against average).

Tampa Bay is 12-11 straight up (SU) and has lost 4.9 units for moneyline bettors this year. 14 of its matches have gone over the total, while eight have gone under and none have pushed. It’s 6-4 SU at home this year.

The Lightning have converted on 31.1 percent of their power play opportunities this year, a figure that’s good enough for fourth-best in the NHL. On the other hand, its penalty kill is ranked 21st overall, and it’s successfully killed off 78.5 percent of all penalties.

Andrei Vasilevskiy (28.4 saves per game) has been the primary choice in the crease for the Lightning. Vasilevskiy has nine wins, eight losses, and one overtime loss and has maintained a subpar .906 save percentage and 2.96 goals against average this year.

Six of Tampa Bay’s last ten contests have been decided by two or more goals. The club is 5-1 overall in those games.

The Bolts this season have registered the seventh-most hits per game in the NHL (23.8).