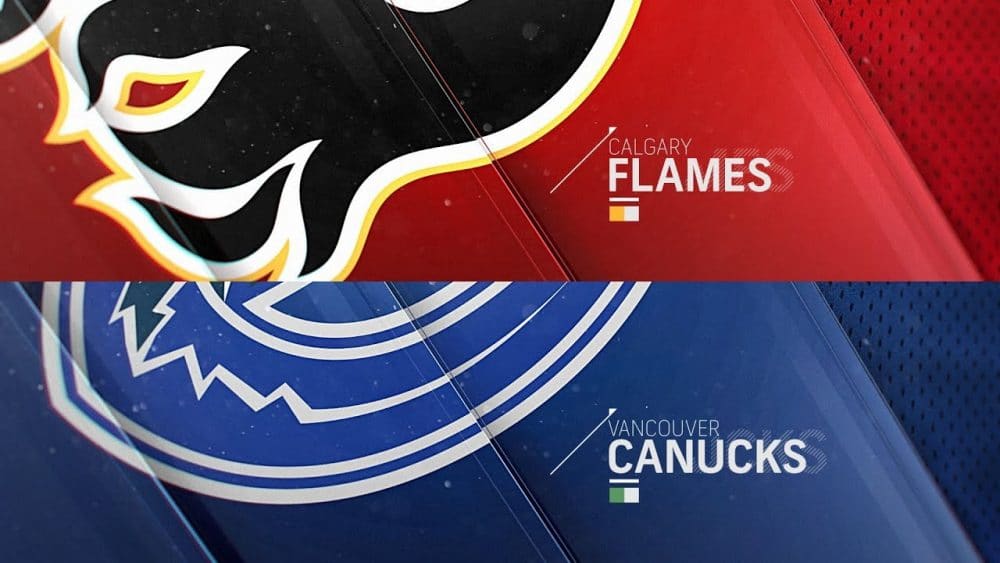 The Calgary Flames head to Rogers Arena in Vancouver on Thursday night to open a four-game series against the Vancouver Canucks, so here’s the best betting pick for this North Division showdown along with the latest odds update on DraftKings Sportsbook and all the key tips and betting trends you need to know.

The Flames are without center Derek Ryan, while all other guys are ready to go. On the other side, the Canucks miss defenseman Travis Hamonic and wingers Jayce Hawryluk and Tyler Motte.

The Calgary Flames (6-5-1) are coming off a 3-2 home victory over Winnipeg this past Tuesday, recording their second straight win. Before they outlasted the Jets, the Flames smashed the Edmonton Oilers 6-4 as -130 home favorites, overcoming a 2-1 deficit from the end of the first period.

Johnny Gaudreau continues to lead the way for Calgary, racking up seven goals and six assists through his first 12 games of the season. Gaudreau’s good form is essential for the Flames, while Elian Lindholm and Matthew Tkachuk have combined for nine goals and 14 assists thus far.

The Canucks are desperate for a win

The Vancouver Canucks (6-10-0) are coming off a 3-1 defeat at the Toronto Maple Leafs this past Monday, extending their losing streak to five games. During that awful stretch, the Canucks lost twice at Montreal, 6-2 and 5-3, and three times at Toronto, 7-3, 5-1, and 3-1.

Vancouver scores 3.37 goals per game (9th in the NHL). The Canucks have earned the second-most power-play opportunities (57), posting the 18th-best percentage of 17.5, but their biggest problem is a terrible defense.

These two teams already played a couple of games in Calgary, and the Flames beat the Canucks on both occasions, 3-0 and 5-2. Calgary has won five of its previous six meetings with the Canucks, but the Flames are 8-12 in their last 20 visits to Vancouver.

The visitors opened as -140 favorites here, but I think there’s a value on the Canucks. Vancouver is much more dangerous when playing on the home ice. The Canucks are keen to stop their slide, and they certainly possess enough offensive firepower to win this game despite all their defensive flaws.

Calgary is a well-balanced team, but the Flames lean too much on their trio Gaudreau-Lindholm-Tkachuk. If those guys slow down, the Flames could be in big trouble.

That line at 6.5-goals is a tricky one. Honestly, I hate betting on the totals with the line at 6.5 goals. Anyway, I’m taking the over here because the Canucks won’t beat the Flames on the back of their leaky defense, while the betting trends suggest a high-scoring affair.

The over is 5-1 in the last six meetings between the Flames and Canucks in Vancouver. Five of those six games produced exactly seven goals in total. Also, the over is 10-4 in Vancouver’s previous 14 outings at any location.