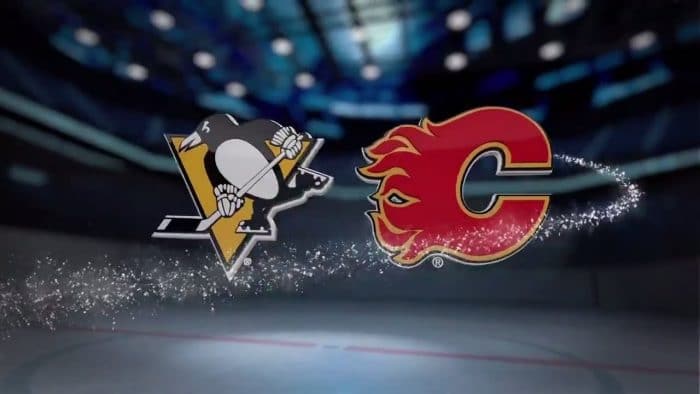 The Calgary Flames, spearheaded by Matthew Tkachuk and Johnny Gaudreau, are prepared to take the ice against Jake Guentzel, Sidney Crosby, and the Pittsburgh Penguins at PPG Paints Arena in a cross-continent tilt. The first puck will drop at 7 p.m. ET on Monday, November 25, and fans at home will be able to witness the game live on AT&T SportsNet Pittsburgh.

Pittsburgh comes into the matchup as the noticeable favorite with a -140 moneyline. The line for Calgary sits at +120, and the oddsmakers have put the Over/Under (O/U) at 6 goals (-120 to bet the under, +100 for the over).

Pittsburgh is 12-11 straight up (SU) and has lost 2.4 units for moneyline bettors thus far. That early-season winning percentage isn’t too far off from to the 44-38 record the team produced during the 2018-19 season campaign. Of its 23 games this season, 10 have gone under the total, while 10 have gone over and just one has pushed. This year, the team is 8-5 SU at home.

The Penguins have converted on just 15.4 percent of their power play chances this year, a figure that puts them in the bottom-10 overall among NHL teams. On the other hand, their penalty kill is ranked fourth overall, and they’ve successfully killed off 86.7 percent of all penalties.

Boasting a .907 save percentage and 24.8 saves per game, Matt Murray (9-9-4) has been the principal option in goal for the Pens this season. If the Pens, however, decide to give him the night off, head coach Mike Sullivan may turn to Tristan Jarry (3-3-3 record, .945 save percentage, 1.80 goals against average).

Calgary has lost 7.0 units for moneyline bettors thus far and is currently 11-15 straight up (SU). A total of 16 of its matches have gone under the total, while eight have gone over and just two have pushed. As a road team , the Flames are 5-10 SU.

The Flames have converted on just 15.5 percent of their power play chances this year, a figure that’s ranked 25th in the NHL. On the other hand, its penalty kill unit is ranked fifth overall and it’s successfully killed off 85.6 percent of all penalties.

David Rittich (28.7 saves per game) has been the main option in the net for Calgary. Rittich owns a 10-10-3 record, and has registered a .911 save percentage and 2.80 goals against average this year.

Over Calgary’s last ten games, six of them have been decided by two or more goals (the team is 1-5 in those games).

The Pens this season have tallied the second-most hits per game in the NHL (29.2).