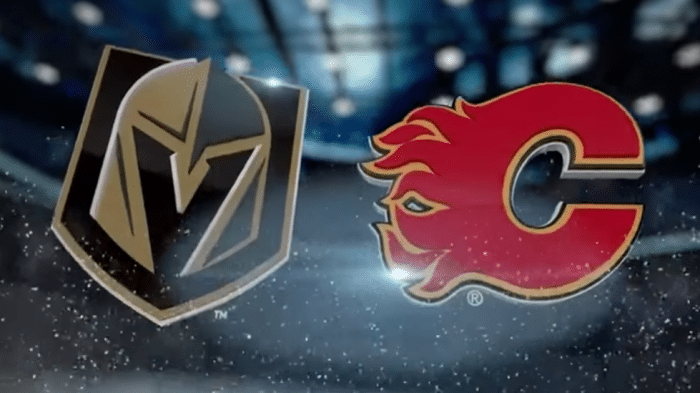 Two squads currently on losing skids, the Calgary Flames and the Vegas Golden Knights clash at T-Mobile Arena. Sportsnet will showcase this divisional matchup, and the puck drops at 7 p.m. ET on Sunday, November 17.

Calgary is 10-12 straight up (SU) and has lost 3.8 units for moneyline bettors thus far. 12 of its outings have gone under the total, while eight have gone over and just one has pushed. As the away team this season, the Flames are 4-8 SU.

Calgary has converted on 17.8 percent of its power play opportunities this year, a figure that’s right around league average. On the other hand, it has the fifth-strongest penalty kill in the league, and it has successfully killed off 86.3 percent of its penalties.

Averaging 28.8 saves per game with a .914 save percentage, David Rittich (9-8-3) has been the primary option in goal for Calgary this season. Rittich played yesterday, however, so the team may decide to rest him and turn to Cam Talbot instead (1-5 record, .907 save percentage, 2.69 goals against average).

The visiting Flames have relied on Matthew Tkachuk and Johnny Gaudreau heavily this season. Tkachuk has 20 points via 10 goals and 10 assists, and has recorded multiple points in four different games. Gaudreau has five goals and 13 assists to his credit (and has logged a point in 13 games).

On the other bench, Vegas is 9-12 straight up (SU) and has lost 8.7 units for moneyline bettors this year. 11 of its games have gone over the total, while nine have gone under and none have pushed. It’s 4-6 SU at home this year.

Vegas has converted on 21.1 percent of its power play chances this season, a figure that’s right around league average. On the other hand, its penalty kill is ranked fifth overall, and it’s successfully killed off 86.8 percent of all penalties.

Marc-Andre Fleury has stopped 27.3 shots per game as the top selection in the crease for Vegas. Fleury has nine wins, seven losses, and one OT loss and has registered a pedestrian 2.68 goals against average and a .914 save percentage this season.

The home team offense will be led by William Karlsson (six goals, 14 assists).

For both of these clubs, the under has hit in three of their last five outings.

Vegas is 2-0 in games decided by a shootout this season while Calgary is 2-0 in shootouts.

Calgary has averaged 2.7 goals per game as a team this season, but has been averaging 1.0 goal per match up over its three-game losing skid.