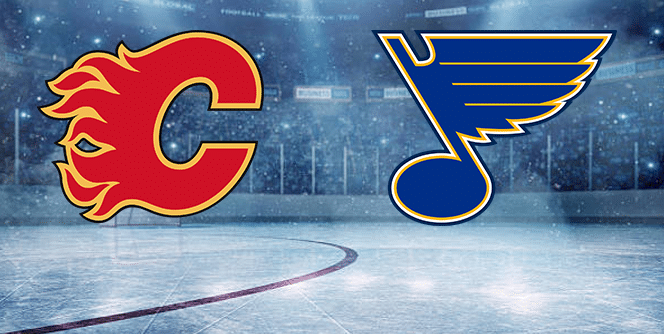 The Enterprise Center will be hosting an intriguing showdown as the Calgary Flames visit Missouri to take on the St. Louis Blues. This Western Conference matchup gets going at 8 p.m. ET on Thursday, November 21 and it can be viewed live on Fox Sports Midwest.

Earning moneyline bettors 0.8 units, the Blues are 13-9 straight up (SU) overall this year. That winning percentage, the second-best in the Central Division in this young season, hasn’t moved much from the 45-37 record the team managed during last year’s regular season campaign. Out of its 22 regular season outings, 13 of them have gone under the total, while nine have gone over and none have pushed. The team is 6-5 SU at home this season.

St. Louis has been able to convert on 25.0 percent of its power play opportunities this year, a figure that places them in the top-10 among NHL teams. On the other hand, its penalty kill is rated 15th overall, and it’s successfully killed off 82.8 percent of all penalties.

Averaging 27.1 saves per game with a .920 save percentage, Jordan Binnington (10-7-4) has been the top goalkeeper for the Blues this year. If they decide to give him the evening off, however, the team may roll with Jake Allen (3-2-2 record, .893 save percentage, 3.19 goals against average).

The Blue Notes will continue to lean on the offensive production out of David Perron and Ryan O’Reilly. Perron (20 points) has tallied nine goals and 11 assists and has recorded multiple points four times this year. O’Reilly has five goals and 15 assists to his name and has recorded at least one point in 10 games.

In the other locker room, Calgary is 10-14 straight up (SU) and has lost 7.1 units for bettors taking the moneyline thus far. Through 24 regular season matches, 14 of its games have gone under the total, while eight have gone over and just two have pushed. Calgary’s 4-9 SU as the visiting team this season.

Calgary has converted on 16.9 percent of its power play chances this season, a mark that’s right around league average. On the other hand, its penalty kill unit is ranked fifth overall and it’s successfully defended 85.9 percent of all penalties.

David Rittich (2.73 goals against average and .913 save percentage) has been the primary option in goal for Calgary. Rittich is averaging 28.4 saves per game and owns a 9-9-3 record.

Matthew Tkachuk (10 goals, 10 assists) and Johnny Gaudreau (five goals, 13 assists) have been the top playmakers for Calgary and will lead the attack for the visiting Flames.

The total has gone under in each of St. Louis’ last five games.

St. Louis is 0-2 in games decided by a shootout this season while Calgary is 2-0 in shootouts.

Calgary has scored 2.6 goals per game as a team this year, but is down to 1.0 goal per match up over its five-game losing streak.