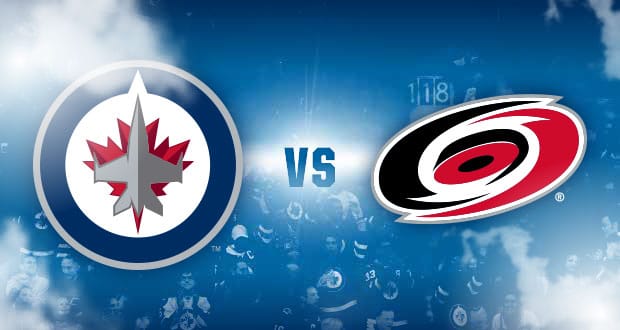 The Carolina Hurricanes, led by Andrei Svechnikov and Teuvo Teravainen, are preparing to take the ice against Mark Scheifele, Kyle Connor, and the Winnipeg Jets at Bell MTS Place in an East-West tilt. The Sports Network will air the game, which gets going at 8 p.m. ET on Tuesday, December 17.

Winnipeg is 20-13 straight up (SU) and has earned 8.4 units for moneyline bettors this season. That winning percentage, ranked fifth in the league in this young season, hasn’t moved much from the 47-35 record the team managed during the 2018-19 season campaign. Out of the team’s 33 regular season outings, 19 of them have gone under the total, while 13 have gone over and just one has pushed. The team is 10-6 SU at home this season.

The Jets have converted on 17.6 percent of their power play chances this year, a mark that’s right around league average. On the other hand, their penalty kill is rated 29th overall, and they’ve successfully killed off 75.0 percent of all penalties.

Averaging 28.4 saves per game with a .930 save percentage, Connor Hellebuyck (17-10-2) has been the best goalkeeper for the Jets this year. If the Jets decide to rest him, however, head coach Paul Maurice may roll with Laurent Brossoit (5-4-4 record, .892 save percentage, 3.22 goals against average).

Carolina has netted moneyline bettors 0.5 units this year and is currently 20-13 straight up (SU). A total of 18 of its games have gone under the total, while 15 have gone over and none have pushed. As the away team , the Hurricanes are 10-8 SU.

The Hurricanes have converted on 22.9 percent of their power play opportunities this season, a figure that’s good enough for sixth-best in the league. On the other hand, its penalty kill unit is ranked third overall and it’s successfully killed off 86.6 percent of all penalties.

Petr Mrazek (2.52 goals against average and .906 save percentage) has been the primary option in goal for Carolina. Mrazek is averaging 23.9 saves per game and owns a 13-8-2 record.

The Jets are 2-1 in games decided by shootout. The Hurricanes are 2-0 in shootouts.

For both of these clubs, the game went under the total in three of their past five matchups.

Carolina’s attempted 33.5 shots per game overall this season (the second-most in the NHL), and 33.3 in its last 10 games.

Six of Carolina’s last ten games have been decided by two goals or more. The team is 4-2 in those games.