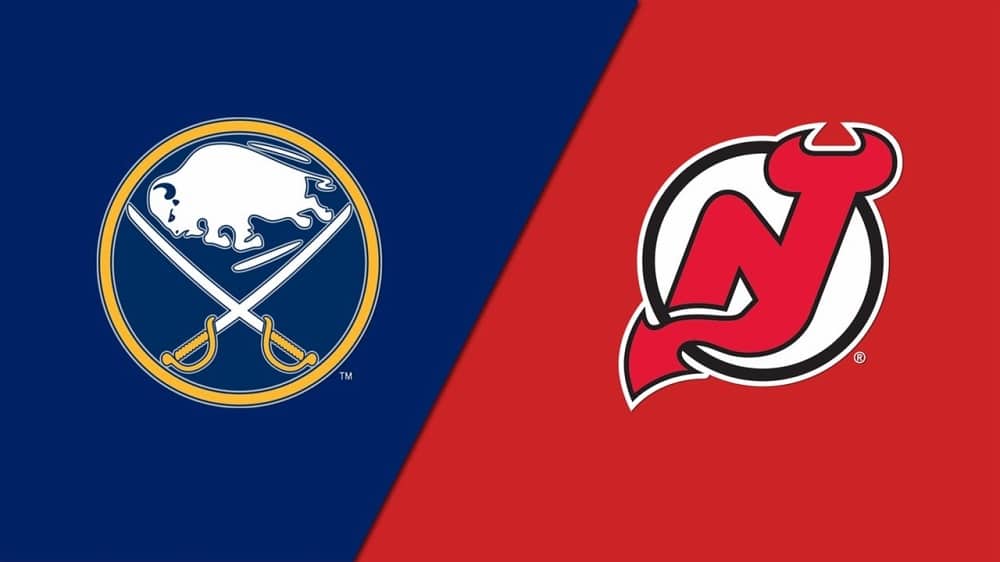 The Buffalo Sabres and New Jersey Devils continue their eight-game regular-season series Tuesday night at Prudential Center in Newark, and the Sabres have won two of their previous three encounters with the Devils.

Just three days ago, Buffalo upset the Devils in Newark, tallying a 3-2 win as a +115 road underdog. The Sabres opened as +113 dogs in this one, according to PointsBet Sportsbook, so let’s see what’s the best Buffalo vs. New Jersey betting pick along with the latest team news and stats.

The visitors miss winger Zemgus Girgensons (hamstring) and defenseman Jake McCabe (knee), and the latter suffered a season-ending injury last Saturday which is a huge blow for the Sabres. On the other side, the Devils are coming in full strength.

The Buffalo Sabres (5-8-2) lost at the New York Islanders last night, 3-2, returning to the losing path immediately after that narrow win over New Jersey. The Sabres won just one of their previous six contests, and three of those five losses came against the Islanders.

Buffalo sits bottom of the East Division, two points behind the Devils. The Sabres score only 2.33 goals per game (28th in the NHL) while racking up a 7.8 shooting percentage (26th). At least, their power-play percentage is tied for the fourth-best in the league, as the Sabres went 16-for-49 with the man advantage.

They surrender 3.00 goals per contest (21st) while posting the ninth-worst penalty-killing percentage (75.8%). Linus Ullmark guarded the cage in the previous three games and should get another starting call Tuesday. He’s 4-4-2 on the season, recording a 2.66 GAA and a .906 save percentage.

The New Jersey Devils (6-5-2) put an end to a three-game winning streak with that 3-2 loss to the Sabres last Saturday. They played back-to-back Sunday at Washington and suffered a 4-3 defeat, allowing 41 shots to the Capitals and blowing a 2-0 lead.

The special teams are the Devils’ biggest issue. They went only 6-for-38 with the man advantage (21st), while the Devils’ penalty-killing percentage of 59.5 is the worst in the NHL by far. New Jersey has allowed 17 power-play goals so far (28th).

The Sabres stormed the front last Saturday and built a 3-0 lead by the end of the second period, while the Devils netted twice in the third but couldn’t force overtime. I’m expecting the Devils to put on a much better performance in this one and bounce back from a couple of tough losses.

New Jersey has played well so far this season, but the Devils are still five points behind the playoff spot. Their defense should be a key factor against Buffalo, as long as the teams play 5-on-5.

I would stick with the Devils to win straight up, as the totals seem like a tricky wager. The over is 4-1 in the last five encounters between New Jersey and Buffalo, and their first two matchups of the season were proper firecrackers with seven and eight goals in total.

On the other hand, the under has hit in four of Buffalo’s last five games overall and five of New Jersey’s previous six home contests. None of these two foes can brag with a prolific offense, so I’m going with the under.