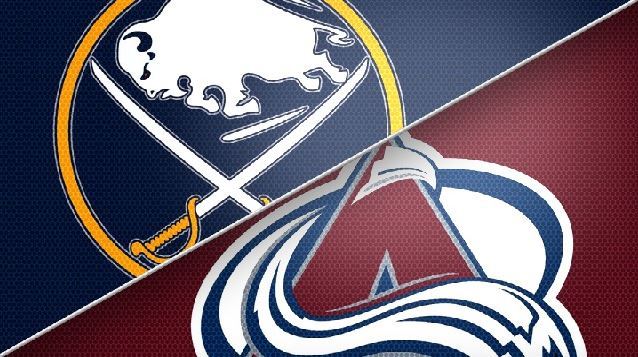 Sam Reinhart, Jack Eichel, and the Buffalo Sabres will face off against Nathan MacKinnon, Cale Makar, and the Colorado Avalanche at the Pepsi Center in an East-West matchup. Sportsnet will showcase the matchup, which gets going at 8 p.m. ET on Wednesday, February 26.

Playing the role of sizable favorites will be the Avalanche (-215), while the Sabres are dogs offering moneyline odds of +180 and oddsmakers have put the Over/Under (O/U) at an even 6 goals (-115 for the over, -105 for the under) at PointsBet Sportsbook.

Colorado is 36-25 straight up (SU) and has earned moneyline bettors 3.4 units this year. That winning percentage, the NHL’s fifth-best so far this season, is a welcomed improvement compared to what the team managed during the 2018-19 season (38-44). Of its 61 regular season matches, 30 have gone under the total, while 29 have gone over and just two have pushed. This season, the team is 16-14 SU at home.

The Avalanche have converted on 18.5 percent of their power play chances this season, a figure that’s right around league average. On the other hand, their penalty kill is ranked 20th overall, and they’ve successfully killed off 79.1 percent of all penalties.

Averaging 27.1 saves per game with a .916 save percentage, Philipp Grubauer (19-17-4) has been the most dependable goalkeeper for the Avs this year. If head coach Jared Bednar decides to give him the night off, however, the team may roll with Pavel Francouz (17-9-9 record, .927 save percentage, 2.27 goals against average).

On the visiting bench, Buffalo is 29-33 straight up (SU) and has lost 1.9 units for moneyline bettors this year. Through 62 regular season matches, 30 of its games have gone over the total, while another 30 have gone under the total and just two have pushed. The Sabres are 10-19 SU as an away team this season.

The Sabres have converted on 20.1 percent of their power play opportunities this season, a mark that’s right around league average. On the other hand, its penalty kill unit is ranked 30th overall and it’s successfully killed off 74.9 percent of all opponent power plays.

Linus Ullmark (28.5 saves per game) has been the primary option in goal for Buffalo. Ullmark owns a 16-17-3 record, and has registered a .914 save percentage and 2.72 goals against average this year.

The Avalanche are 1-1 in games that go to shootout. The Sabres are 1-2 in shootouts.

The under has hit in four of Colorado’s last five outings.

Four of Colorado’s last ten contests have been decided by two or more goals, and the team is 3-1 overall in those games.

Buffalo skaters registered 19.1 hits per game last season, while the Avs accounted for 21.9 hits per contest.