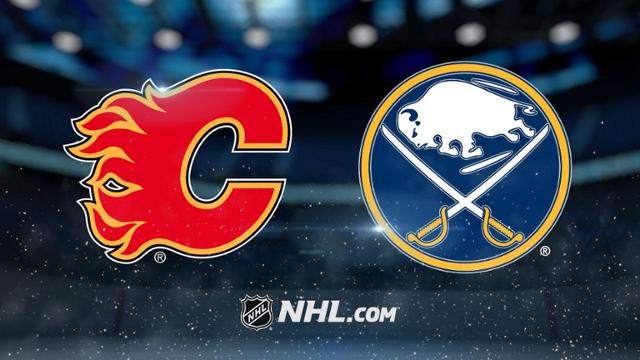 In their last head-to-head meeting of the regular season, the Buffalo Sabres and the Calgary Flames meet at the Scotiabank Saddledome. This East-West matchup gets underway at 9 p.m. ET on Thursday, December 5, and it can be viewed live on Sportsnet West.

The Flames are 13-16 straight up (SU) and have punished moneyline bettors to the tune of -6.0 units so far. That early-season winning percentage is a regression from the 50-32 record that the team managed during the 2018-19 season campaign. Of its 29 games this season, eight have gone under the total, while eight have gone over and just two have pushed. The team’s 7-5 SU at home this year.

Calgary has converted on 16.5 percent of its power play chances this year, a figure that’s right around league average. On the other hand, its penalty kill is ranked fifth overall, and it’s successfully killed off 85.4 percent of all penalties.

Averaging 29.1 saves per game with a .915 save percentage, David Rittich (12 wins, 11 losses, and four OT losses) has been the primary goalkeeper for the Flames this season. If the Flames decide to give him a breather, however, head coach Geoff Ward could turn to Cam Talbot (1-6-6 record, .893 save percentage, 3.23 goals against average).

Matthew Tkachuk and Johnny Gaudreau will both lead the way for the Flames. Tkachuk (24 points) has tallied 11 goals and 13 assists and has recorded multiple points in five different games this year. Gaudreau has five goals and 16 assists to his name and has recorded at least one point in 15 games.

Buffalo has lost 0.7 units for bettors taking the moneyline this year and is currently 13-15 straight up (SU). Through 28 regular season contests, 14 of its games have gone over the total, while another 14 have gone under the total and none have pushed. As the road team, Buffalo is 5-9 SU so far.

Buffalo has converted on 18.4 percent of its power play chances this year, a figure that’s right around league average. On the other hand, its penalty kill unit is ranked 28th overall and it’s successfully killed off 74.7 percent of all opponent power plays.

Linus Ullmark (2.86 goals against average and .917 save percentage) has been the main option in goal for Buffalo. Ullmark is averaging 31.5 saves per game and has seven wins, seven losses, and two overtime losses to his credit.

Jack Eichel (17 goals, 21 assists) will pace the offensive attack for the visiting Sabres.

The total has gone under in each of Calgary’s last five games.

Buffalo is 1-1 in games decided by a shootout this season while Calgary is 3-0 in shootouts.