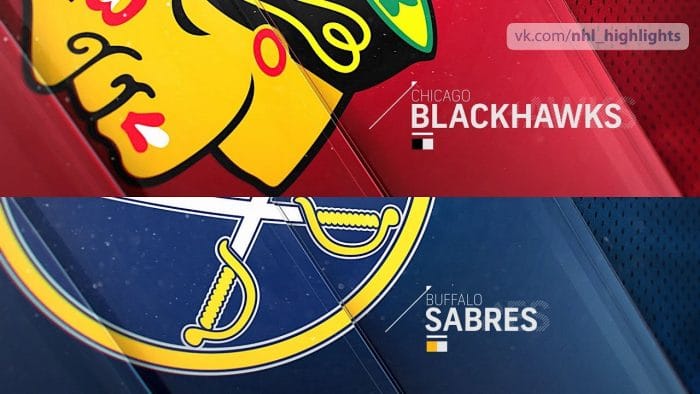 The Buffalo Sabres, led by Jack Eichel and Sam Reinhart, are preparing to take the ice against Patrick Kane, Dylan Strome, and the Chicago Blackhawks at the United Center in an East-West tilt. The opening face-off is at 7 p.m. ET on Sunday, November 17, and fans at home will be able to catch the game live on MSG Western New York.

Playing the role of favorites will be the Blackhawks (-135), while the Sabres are dogs offering moneyline odds of +115, and oddsmakers at DraftKings have set the Over/Under (O/U) at 7 goals (-105 for the over, -115 for the under).

Buffalo is 10-9 straight up (SU) and has earned 0.9 units for moneyline bettors this year. Through 19 regular season outings, 10 of its games have gone over the total, while eight have gone under and none have pushed. This 2019-20 Sabres team is 4-5 SU on the road.

Buffalo has converted on 22.6 percent of its power play opportunities this season, a figure that places them in the top-10 among NHL teams. Its penalty kill is ranked 28th in the league, and it has successfully killed off only 74.1 percent of all penalties..

Averaging 27.7 saves per game with a .913 save percentage, Carter Hutton (6-5-2) has been the top option in goal for Buffalo this year. If head coach Ralph Krueger decides to rest him, however, Buffalo could roll with Linus Ullmark (4-4-1), who has a .915 save percentage and 2.98 goals against average this year.

Over on the other bench, Chicago is 8-11 straight up (SU) and has lost 2.9 units for moneyline bettors this year. 10 of its contests have gone under the total, while seven have gone over and just one has pushed. It’s 5-5 SU as the home team this year.

The Blackhawks have converted on just 13.8 percent of their power play chances this year, a mark that places them in the bottom 10 overall among NHL teams. On the other hand, its penalty kill is ranked 19th overall, and it’s successfully killed off 78.7 percent of all penalties.

Robin Lehner (33.3 saves per game) has been the primary choice in goal for the Blackhawks. Lehner has five wins, six losses, and three OT losses to his credit and has maintained a 2.46 goals against average and a .936 save percentage this season.

Over Chicago’s last ten outings, six of them have been decided by two or more goals (the team is 4-2 in those games).

Buffalo is 1-1 in games decided by a shootout this season while Chicago is 0-2 in shootouts.

For both of these clubs, the over has hit in three of their last five games.

The Hawks this season have handed the sixth-most hits in the NHL (26.4 per game), but the team’s averaged 30.4 over their past five home outings.