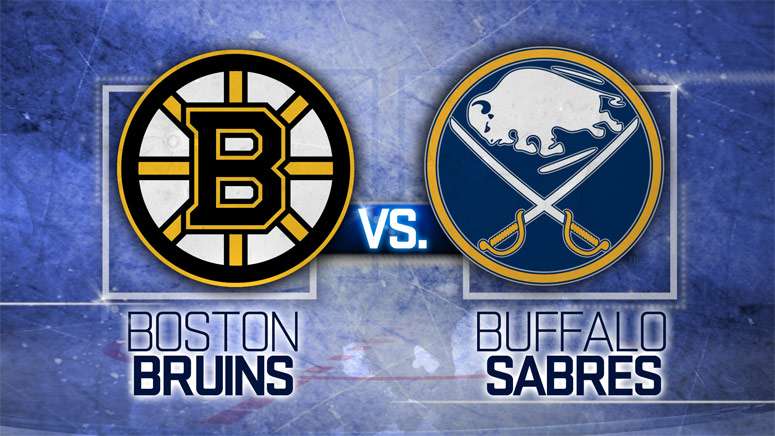 In their third head-to-head meeting of the regular season, the Buffalo Sabres and the Boston Bruins clash at TD Garden. The puck drops at 7 p.m. ET on Sunday, December 29, and you’ll be able to see this Atlantic Division matchup live on New England Sports Network.

Even though they’ve posted a record of 23-16 straight up (SU), the Bruins have produced 2.4 units for moneyline bettors this season. Of the team’s 39 games this season, 18 have gone over the total, while another 18 have gone under and just three have pushed. This season, the team’s 13-9 SU at home.

Boston has connected on 26.4 percent of its power play opportunities this season, a mark that places them in the top-5 among NHL teams. On the other hand, its penalty kill is ranked fourth overall, and it’s successfully killed off 84.5 percent of all penalties.

Averaging 28.0 saves per game with a .923 save percentage, Tuukka Rask (14-9-5) has been the principal option in goal for the Bruins this year. If head coach Bruce Cassidy decides to rest him, however, the Bruins might turn to Jaroslav Halak (9-7-7 record, .928 save percentage, 2.22 goals against average).

Brad Marchand and David Pastrnak will each look to continue their strong seasons for the Bruins. Marchand (57 points) is up to 19 goals and 38 assists and has recorded two or more points 16 times this year. Pastrnak has 28 goals and 28 assists to his credit and has recorded at least one point in 28 games.

Buffalo has lost 2.9 units for moneyline bettors thus far and is currently 17-22 straight up (SU). Through 39 regular season contests, 20 of its games have gone over the total, while 19 have gone under the total and none have pushed. Buffalo’s 6-15 SU as the visiting team this season.

Buffalo has converted on 18.6 percent of its power play chances this year, a mark that’s right around league average. On the other hand, its penalty kill unit is ranked 28th overall and it’s successfully defended 75.0 percent of all opponent power plays.

Linus Ullmark (.914 save percentage and 2.79 goals against average) has been the primary option in goal for Buffalo. Ullmark is averaging 29.6 saves per game and has 11 wins, 12 losses, and three OT losses to his credit.

Jack Eichel (24 goals, 27 assists) will pace the offensive counter for the visiting Sabres.

For both of these teams, the total has gone over in three of their last five outings.

Boston (0-5 in shootouts this season) has more experience in games decided by shootout. Buffalo has only participated in two shootouts this year, winning one and losing the other.