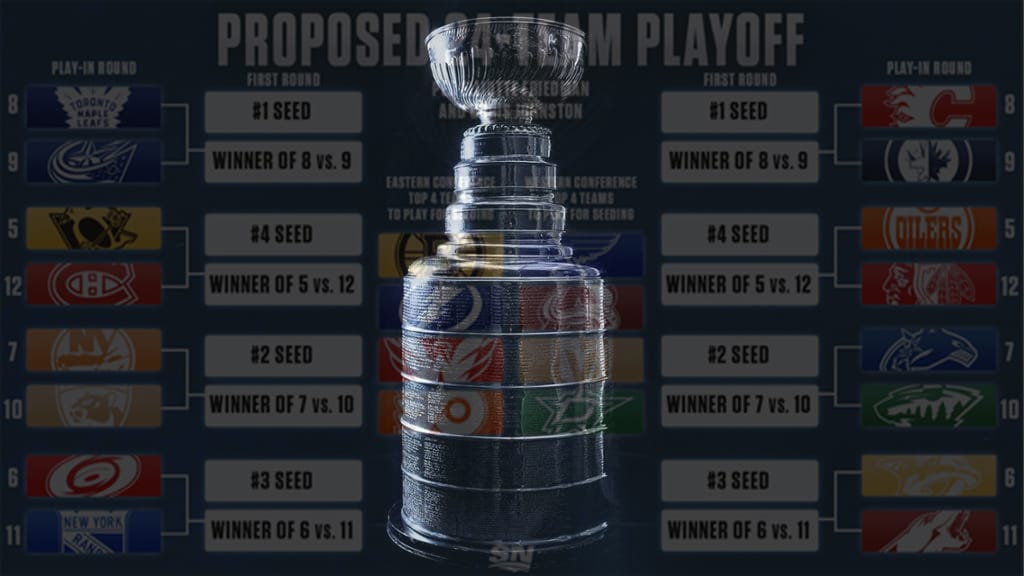 Sports leagues have been forced to get creative in light of the COVID-19 pandemic. The NHL may be the most creative of them all right now. Hub cities and dates have not yet been announced, but the 24-team playoff tournament format has the potential to be extremely exciting and a whole lot of fun.

The top 24 teams in regular season point percentage gained entry to this first-ever playoff format, much to the chagrin of some of the seven teams that were left out. The top four teams in each conference will play round robin games to determine seeding, while the other eight teams from each conference will square off in a best-of-five play-in round.

Once the winners of those play-in rounds are determined, the playoffs will be best-of-seven from that point forward. The Boston Bruins, Tampa Bay Lightning, Washington Capitals, and Philadelphia Flyers are the top seeds in the Eastern Conference, while the St. Louis Blues, Colorado Avalanche, Vegas Golden Knights, and Dallas Stars are the top four seeds in the Western Conference.

Sportsbooks around the country have put together Stanley Cup Futures odds and have posted series prices for the play-in round. We’ll pull ours from BetMGM for this write-up, which is legal in several states, including Indiana and Colorado, and take a look at how things stack up.

Not surprisingly, points leaders Boston and Tampa Bay have the shortest prices at +600. There is also an inherent advantage for the eight teams that are simply playing for seeding because they don’t run the risk of being eliminated in the play-in round. That is why those eight teams have the eight shortest prices, ranging from the two Atlantic Division favorites to the Dallas Stars at +1500.

The Penguins are perceived to be playing the weakest of the Eastern Conference teams in a matchup with Montreal and then would play the presumed “weakest” team of the top four seeds in the 4/5 matchup. As a result, not to mention with their name recognition and two elite players in Sidney Crosby and Evgeni Malkin, they are the lowest price outside the top eight.

We can do some price hunting here. All of these teams are going to be on equal footing in that they will be pretty much healthy with what will be over four months of downtime when this actually starts up and because everybody will be attempting to shake off some rust. That should open up some opportunities to get some big numbers.

For example, the Columbus Blue Jackets are +6500 and they will finally be healthy. Starting goaltender Joonas Korpisalo missed a few months during the regular season and the trainer’s room was full most of the year with guys recovering from injuries or getting treatment for new ones. Columbus also draws a Toronto team with suspect goaltending and bad defensive zone coverage in the play-in round.

The question with a team like that, however, is whether or not you can trust the goaltending. After all, teams are going to make mistakes. The offensive plays won’t flow. The last line of defense may be magnified more than ever with the lessened margin for error, particularly in that best-of-five round. As such, can you trust Korpisalo and/or Elvis Merzlikins? All 24 teams will have questions that need to be answered. 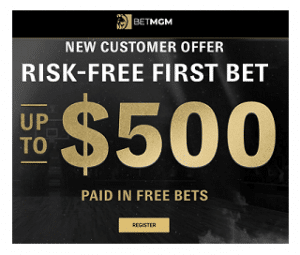 Take Nashville as another example. The Predators have Roman Josi as the anchor of one of the deepest defensive units in the NHL. They also have an underperforming Pekka Rinne, at least prior to the shutdown, and Juuse Saros, who is seemingly the new starter in the Music City. Do you trust that goaltending tandem to take you places?

Also consider what happens if a player pops a positive coronavirus test. A third-line winger is one thing. Crosby, Gabriel Landeskog, Steven Stamkos, Ben Bishop, Connor McDavid, Patrick Kane. That would be another thing. Depth will be critically important because some of these teams are bound to lose players, either to COVID-19 or some other kind of injury. Roster sizes will likely be expanded, so we shouldn’t see players forced to go 35+ minutes like we see in a traditional playoff setting, but you never know.

That means that we need to pick our futures plays very, very carefully. Hedging is a possibility as the tournament goes along, however, each successive round will re-seed, which means that you may like a potential second-round matchup for a team, but you may not get it.

Something else interesting to look at are the play-in round series prices. For example, the Rangers are the lower seed and the underdog against the Hurricanes, but the Rangers are +4000 to win the Stanley Cup and the Hurricanes are +4200. The Penguins have the smallest futures price of any team outside the top eight at +1800, but are only a -176 favorite against the Canadiens, which implies a win probability of 63.77%. So the first series for Pittsburgh is about a 64/36 proposition, but they are being given the best chance at winning the Stanley Cup among the play-in round teams.

Therefore, it would appear that Toronto is somewhat mispriced, although at +3000, they are much higher in odds than the Penguins or Oilers.

Perhaps the best example is Calgary and Winnipeg. The Flames are -120 against the Jets (+100), but Calgary is +3500 to win the Stanley Cup and Winnipeg is +5500. Given the play-in round line, you could argue that Winnipeg, despite facing the #1 seed in the first round, could be the best value on the board at their price point.

We’ll have continued coverage of the new-look NHL playoffs as they get closer, but we wanted to give you a look at the futures odds and plant some seeds in your mind as to how to approach this once we know the dates and cities.