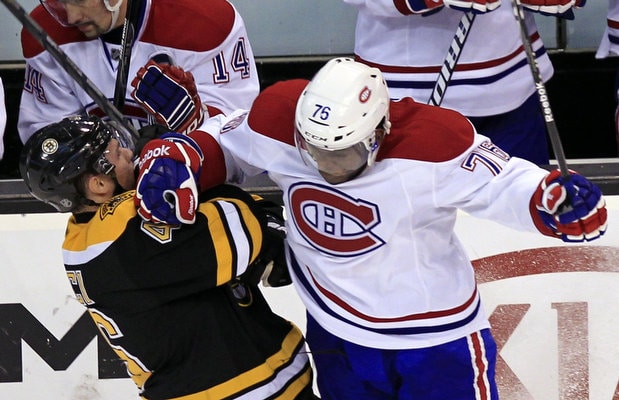 Brad Marchand, David Pastrnak, and the Boston Bruins will face off against Tomas Tatar, Shea Weber, and the Montreal Canadiens at Bell Centre for an Original Six matchup. The match will get underway at 7 p.m. ET on Tuesday, November 26, and it can be viewed live on New England Sports Network.

Playing the role of underdogs will be the Bruins (-125), whereas the Canadiens are favored offering moneyline odds of +105, and oddsmakers have put the Over/Under (O/U) at 6 goals (-120 for the over, +100 for the under).

Boston is 15-8 straight up (SU) and has netted 3.4 units for moneyline bettors this season. 12 of its contests have gone over the total, while nine have gone under and just two have pushed. As the road team this season, the Bruins are 6-4 SU.

Boston currently touts the third-strongest power-play unit in the NHL, as it’s converted on 31.0 percent of its extra-man advantages this season. On the other hand, its penalty kill is ranked 17th in the league, and the team’s successfully killed off 82.4 percent of all penalties..

Montreal is 11-12 straight up (SU) and has lost 3.3 units for moneyline bettors this year. 13 of its matches have gone over the total, while nine have gone under and just one has pushed. This season, the team is 6-6 SU as the home team.

The Canadiens have converted on just 19.4 percent of their power play opportunities this year, a figure that’s right around league average. On the other hand, its penalty kill is ranked 27th overall, and it’s successfully killed off 73.6 percent of all penalties.

Carey Price (28.1 saves per game) has been the primary choice in goal for the Canadiens. Price has 10 wins, nine losses, and three overtime losses to his name and has registered a fairly-weak .907 save percentage and 2.89 goals against average this year.

The Canadiens are 2-1 in games that go to shootout. The Bruins are 0-4 in shootouts.

Over Boston’s last ten games, four of them have been decided by two or more goals (the team is 3-1 in those games).

This game features two of the more aggressive teams in the league. Boston skaters have dished out the league’s eighth-most hits per game (23.3) and the Canadiens have handed the seventh-most (26.0).