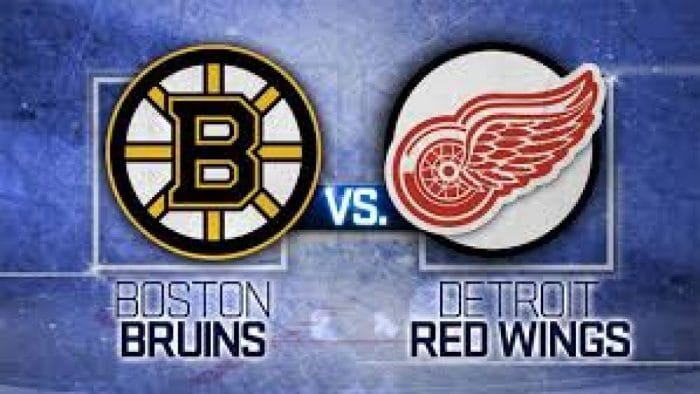 David Pastrnak, Brad Marchand, and the Boston Bruins will face off against Anthony Mantha, Tyler Bertuzzi, and the Detroit Red Wings at Little Caesars Arena for an Original Six matchup. The action gets started at 7:30 p.m. ET on Friday, November 8, and it is being shown live on New England Sports Network.

Boston is 11-4 straight up (SU) and has earned moneyline bettors 6.7 units this year. Through 15 regular season matches, nine of its games have gone over the total, while five have gone under and one has pushed. The Bruins are 4-3 SU as the road team in 2019-20.

Boston comes into the match up with the first-strongest power-play unit in the NHL, as it’s found the net on 31.4 percent of its extra-man advantages this year. Additionally, it has the fourth-strongest penalty kill in the league, and it’s successfully killed off 87.0 percent of its penalties..

Averaging 27.7 saves per game with a .936 save percentage, Tuukka Rask (7-2-1) has been the best option in goal for Boston this season. If it decides to give him a rest, however, Boston could go with Jaroslav Halak (4-2-1), who has a .917 save percentage and 2.82 goals against average this year.

On the other side of the rink, Detroit is 4-13 straight up (SU) and has lost 6.6 units for moneyline bettors thus far. Through 17 regular season contests, eight of its games have gone over the total, while six have gone under and three have pushed. It’s 2-6 SU at home this year.

The Red Wings have converted on just 12.7 percent of their power play chances this season, a mark that’s ranked 27th in the NHL. On the other hand, its penalty kill is ranked 32nd overall, and it’s successfully killed off 66.7 percent of all penalties.

Jimmy Howard (27.5 saves per game) has been the top option in goal for the Red Wings. Howard has two wins and eight losses and has registered a mediocre 3.99 goals against average and a poor .887 save percentage this year.

NHL Prediction: Under The Total

The total has gone over in four of Boston’s last five games.

Over Boston’s last ten games, seven of them have been decided by two or more goals (the team is 7-0 in those games).

Boston skaters have accounted for the ninth-most hits in the league (23.3 per game).