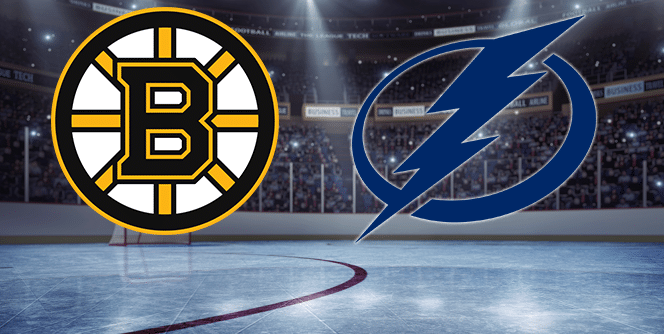 In a game between two teams that are squarely in the playoff hunt, the Boston Bruins and the Tampa Bay Lightning collide at Amalie Arena. The opening face-off takes place at 7 p.m. ET on Thursday, December 12, and you’ll be able to witness this divisional matchup live on New England Sports Network.

Playing the role of favorite will be Tampa Bay (-140), while Boston is a dog offering moneyline odds of +120, and the oddsmakers have set the Over/Under (O/U) at 6 goals. The line for betting that total stands at -125 over, +105 under.

Boston has converted on 26.5 percent of its power play chances this year, a mark that places them in the top-5 among NHL teams. Additionally, it has the ninth-strongest penalty kill in the league, and it’s successfully killed off 84.5 percent of all penalties.

For the team as a whole, Boston has been penalized 3.8 times per game overall in the 2019-20 season, and 3.0 per game over its last five road outings. The team’s had to kill penalties just 8.3 minutes per game over their last 10 outings.

Averaging 28.2 saves per game with a .927 save percentage, Tuukka Rask (13-6-3) has been the best option in goal for Boston this season. If Boston decides to rest him, however, they might go with Jaroslav Halak (7-6-3), who has a .927 save percentage and 2.28 goals against average this year.

The visiting Bruins will be led by Brad Marchand and David Pastrnak. Marchand has 47 points on 18 goals and 29 assists, and has recorded two or more points 14 times. Pastrnak has 26 goals and 20 assists to his name, and has logged at least one point in 22 games.

Tampa Bay is 15-14 straight up (SU) and has lost 8.3 units for moneyline bettors thus far. Through 29 regular season outings, 17 of its games have gone over the total, while 11 have gone under and just one has pushed. This season, the team is 7-7 SU as the home team.

Tampa Bay comes into the matchup with the third-best power-play unit in the NHL, as it has converted on 28.1 percent of its extra-man advantages this year. On the other hand, its penalty kill is ranked 17th overall, and it’s successfully killed off 79.6 percent of all penalties.

Andrei Vasilevskiy (28.2 saves per game) has been the primary netminder in goal for Tampa Bay. Vasilevskiy has 12 wins, nine losses, and one OT loss and has maintained a fairly-weak .910 save percentage and 2.82 goals against average this year.

The Bolts will be led on offense by Nikita Kucherov (10 goals, 21 assists).

The total has gone under in three of Boston’s last five outings.

Boston has scored 3.4 goals per game overall this season, but is averaging 2.0 goals per match up over its four-game losing skid.