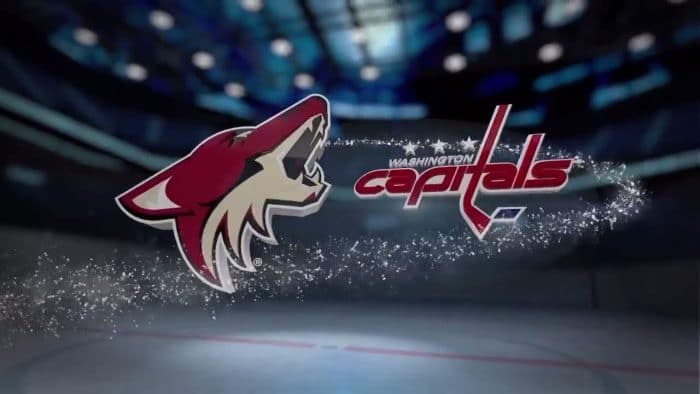 Two clubs that split their season series one game each a year ago, the Arizona Coyotes and the Washington Capitals meet at Capital One Arena. NBC Sports Network will broadcast this East-West matchup, which gets going at 7 p.m. ET on Monday, November 11.

With a moneyline of -175, Washington heads into the matchup as the substantial favorite. The line for Arizona sits at +155, and the oddsmakers have set the Over/Under (O/U) at 6 goals (-125 for the under, +105 for the over).

The Capitals are 13-5 straight up (SU) and have earned moneyline bettors 7.2 units this season. That winning percentage, ranked second in the league in this young season, is an improvement over the 48-34 record from last year’s regular season campaign. Through 18 regular season contests, 13 of its games have gone over the total, while five have gone under and none have pushed. So far this year, the team is 5-3 SU at home.

Washington has been able to convert on 25.0 percent of its power play chances this season, a figure that places them in the top-10 among NHL teams. On the other hand, its penalty kill is rated 10th overall, and it’s successfully killed off 85.1 percent of all penalties.

Averaging 27.2 saves per game with a .898 save percentage, Braden Holtby (8-5-3) has been the top goalkeeper for the Capitals this season. If they decide to give him a rest, however, head coach Todd Reirden might roll with Ilya Samsonov (5-1-1 record, .915 save percentage, 2.38 goals against average).

The Caps will continue to look for offensive production via John Carlson and Alex Ovechkin. Carlson (28 points) has tallied eight goals and 20 assists and has recorded two or more points in nine different games this year. Ovechkin has 13 goals and nine assists to his name and has recorded at least one point in 13 games.

Arizona has lost 0.1 units for moneyline bettors thus far and is currently 9-8 straight up (SU). A total of 10 of its contests have gone under the total, while six have gone over and just one has pushed. As the away team, Arizona is 5-4 SU so far.

Arizona has converted on 16.7 percent of its power play opportunities this season, a mark that’s right around league average. On the other hand, its penalty kill unit is ranked 23rd overall and it’s successfully killed off 78.4 percent of all opponent power plays.

Darcy Kuemper (26.5 saves per game) has been the main option in the net for Arizona. Kuemper has seven wins and five losses to his credit, while registering a .930 save percentage and 2.00 goals against average this year.

Nick Schmaltz (four goals, 11 assists) has been one of the top facilitators on offense for the visiting Coyotes.

For both of these clubs, the game went over the total in four of their last five outings.

Arizona has allowed 2.4 goals per game this year, but is giving up 3.7 goals per match up over its last three games (0-3 SU over that span).

Washington may have an advantage if it’s a close one late. The team’s 6-4 in games decided by one goal, while Arizona is 3-6 in such games.