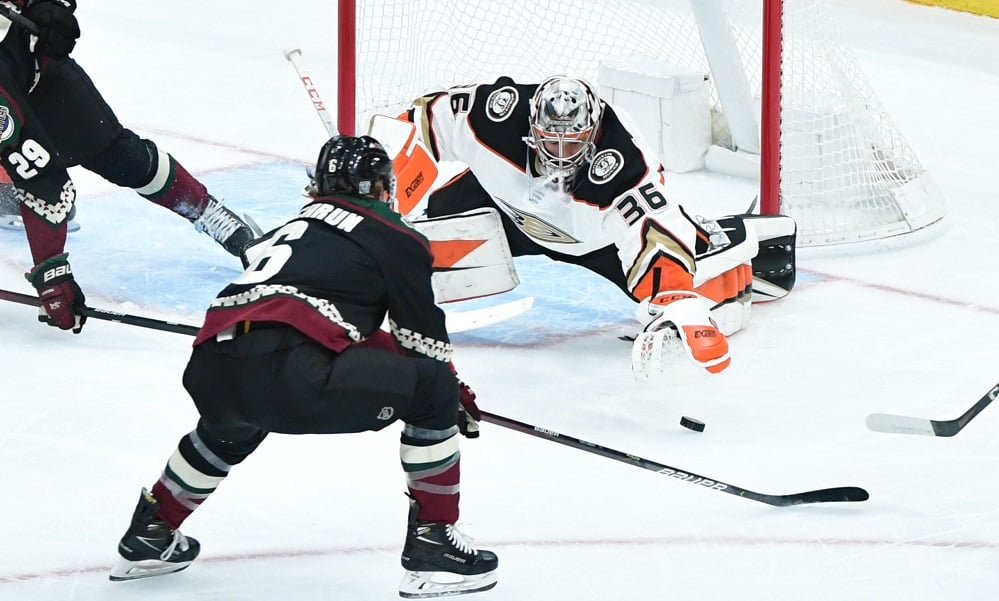 Two teams coming off decisive losses to Colorado square off on Friday when the Arizona Coyotes take on the Anaheim Ducks. Arizona won the most recent contest between these teams, 5-1.

Here you can find the best picks, news, and stats for this West Division battle at the Honda Center. Arizona is the favorite at -120. This according to PointsBet Sportsbook, which puts the odds for Anaheim at +100 as the underdog.

Colorado scored five first-period goals on their way to a 9-3 drubbing of Arizona on Wednesday. Adin Hill lasted just 6:04 before being pulled from the game. He allowed four goals on 10 shots. Michael Bunting scored a goal and added an assist for Arizona.

Arizona is 24th in the NHL in scoring average at 2.56 per contest. They are connecting on 9.8% of their shots, 14th overall, and are 24th on the power-play at 18.3%. Arizona is led in scoring by Clayton Keller with 28 points. Phil Kessel is the team leader in goals with 14.

Colorado got three assists from Cale Makar to help them to a 5-2 victory over Anaheim on Monday. The Ducks mustered just 15 shots on the net, scoring twice. Troy Terry and Danton Heinen each had a goal. Ryan Miller stopped 43 of 48 shots.

The offense, if one can call it that, is one of the worst in the NHL. They are 29th in goals scored a 2.22 per game and are 26th in shooting percentage at 8.2%. The Ducks are 30th on the power-play at 10.8%. Rakell is the leading scorer with 22 points. Max Comtois and Adam Henrique are tied for the team lead in goals with 10.

Both netminders are coming off abysmal games. However, Hill has no issues facing an anemic Anaheim offense. He is not giving up four goals on 10 shots in this contest. It would be surprising if he gave up four goals in 50 shots to this team. The Ducks are just not good while Arizona is just better enough to win.

I am fairly surprised that oddsmakers are leaning heavily toward the under 5.5 in this game. These teams allowed 14 total goals in their last game. I understand that was against a red-hot Colorado Avalanche team, but both Miller and Hill looked terrible. Abysmally terrible. To think that all of a sudden they are going to have an outstanding performance in this game seems ridiculous.