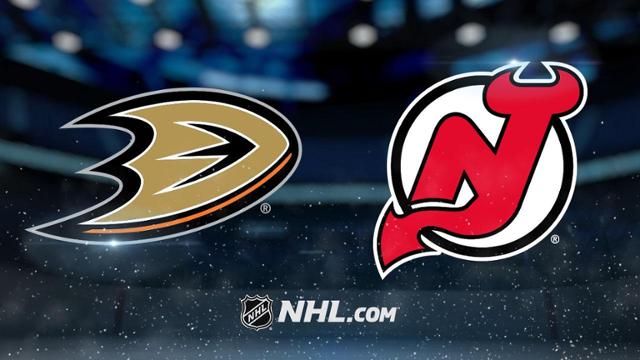 Ryan Getzlaf, Rickard Rakell, and the Anaheim Ducks will do battle against Taylor Hall, Kyle Palmieri, and the New Jersey Devils at the Prudential Center for an East-West showdown. This one will get going at 7 p.m. ET on Wednesday, December 18 and it’ll be showcased live on Prime Ticket.

Anaheim has converted on just 14.1 percent of its power play chances this year, a figure that’s ranked 28th in the NHL. Its penalty kill is ranked 22nd overall, and the team’s successfully killed off 78.4 percent of all penalties..

Averaging 27.9 saves per game with a .910 save percentage, John Gibson (10-16-2) has been the top option in goal for Anaheim this year. Gibson played last night, however, so Anaheim could choose to rest him and turn to Ryan Miller instead (4-5-2 record, .908 save percentage, 3.00 goals against average).

On the other bench, New Jersey is 10-22 straight up (SU) and has lost 12.3 units for moneyline bettors this year. 16 of its games have gone over the total, while 15 have gone under and just one has pushed. This season, the team is 4-12 SU at home.

The Devils have converted on just 12.8 percent of their power play opportunities this season, a figure that’s ranked 30th in the NHL. On the other hand, its penalty kill is ranked 22nd overall, and it’s successfully killed off 78.2 percent of all penalties.

MacKenzie Blackwood (26.2 saves per game) has been the top option in goal for the Devils. Blackwood has nine wins, 15 losses, and four OT losses and has maintained a mediocre 2.85 goals against average and a poor .908 save percentage this season.

The Devils are 1-4 in games decided by shootout. The Ducks are 2-1 in shootouts.

Over New Jersey’s last ten outings, six of them have been decided by two or more goals (the team is 1-5 in those games).