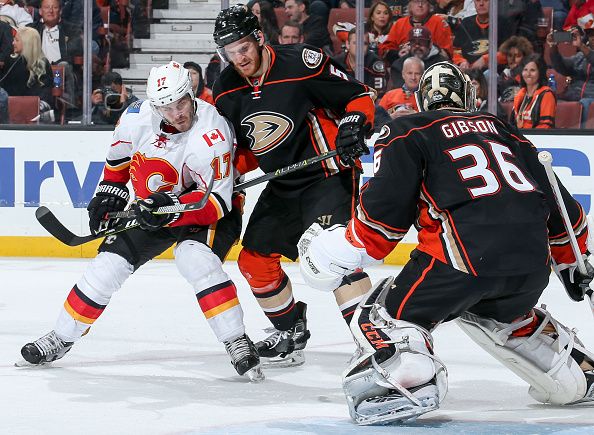 The Anaheim Ducks, led by Ryan Getzlaf and Rickard Rakell, are ready to take the ice against Johnny Gaudreau, Elias Lindholm, and the Calgary Flames at the Scotiabank Saddledome in a divisional tilt. Prime Ticket will showcase the matchup, and the puck drops at 4 p.m. ET on Monday, February 17.

Calgary is 30-30 straight up (SU) and has lost 7.5 units for moneyline bettors this year. That winning percentage, ranked 3rd in the Pacific Division in this young season, is a regression from the 50-32 record that the team posted during last year’s regular season campaign. Through 60 regular season outings, 29 of its games have gone over the total, while 28 have gone under and just three have pushed. This season, the team is 13-15 SU at home.

The Flames have converted on 20.8 percent of their power play opportunities this year, a figure that’s right around league average. On the other hand, their penalty kill is ranked 11th overall, and they’ve successfully killed off 81.9 percent of all penalties.

Anaheim has lost 10.7 units for bettors taking the moneyline thus far and is currently 24-34 straight up (SU). A total of 30 of its contests have gone over the total, while 26 have gone under the total and just one has pushed. The Ducks are 12-20 SU as an away team this season.

The Ducks have converted on just 15.0 percent of their power play chances this year, a figure that places them in the bottom-five overall among NHL teams. On the other hand, its penalty kill unit is ranked 26th overall and it’s successfully killed off 76.8 percent of all penalties.

John Gibson (27.7 saves per game) has been the primary choice in the net for Anaheim. Gibson has 17 wins, 26 losses, and four overtime losses to his credit, and has registered a .904 save percentage and 2.99 goals against average this year.

Calgary is 6-1 in games decided by a shootout this season while Anaheim is 5-1 in shootouts.

Calgary could hold the upper hand if it’s a tight one late. The team’s 17-9 in games decided by one goal, while Anaheim is 11-15 in such games.

For both of these clubs, the game went over the total in each of their last five outings.

Calgary has averaged 17.6 giveaways over its last five home games, a rise over its season average of 12.0 giveaways per game (ranked 26th in the NHL).