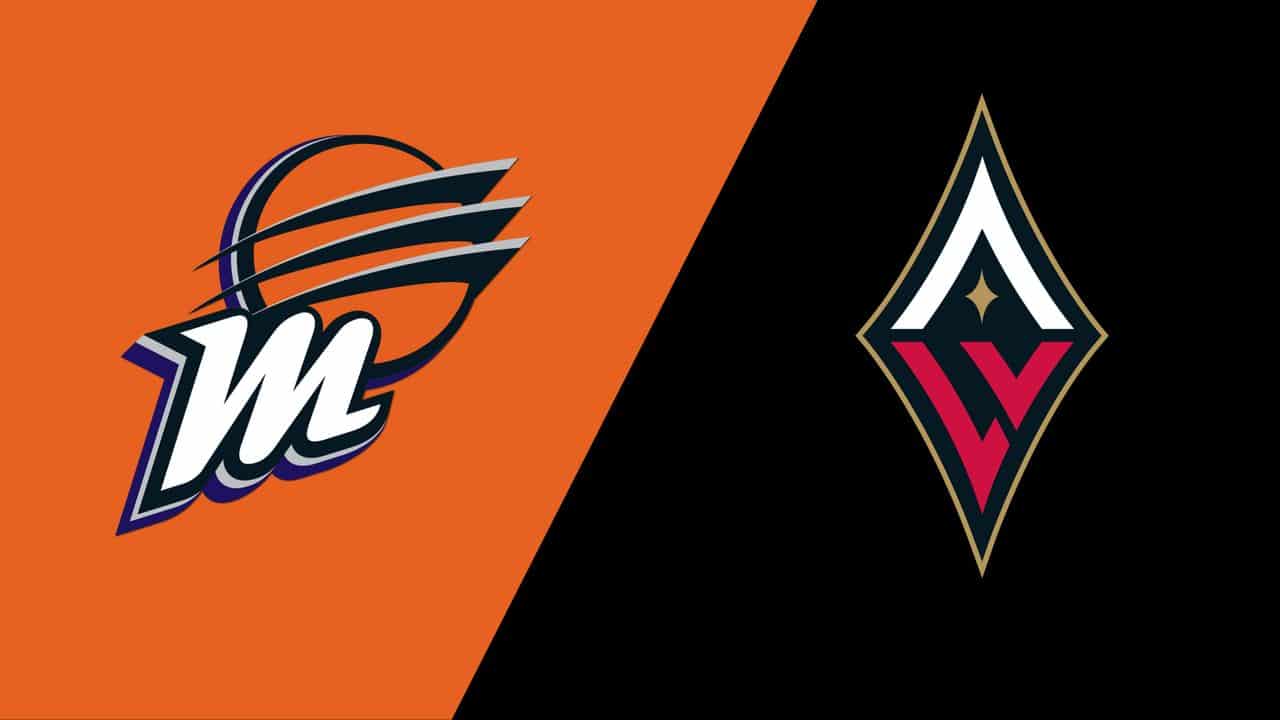 New bettors at Caesars Sportsbook can get a risk-free bet worth up to $1,500 on Mercury vs Aces Game 1 in the WNBA Playoffs!

First time bettors at Caesars Sportsbook can get a risk-free bet worth up to $1,500 on Mercury vs Aces Game 1. All bettors have to do is sign up with the code ATSBONUS15 and put their first bet on this matchup. If that bet does not win, bettors will get their money back in the form of free bets up to $1,500. With all of the uncertainty surrounding the Mercury roster going into this game, the peace of mind of this risk-free bet is certainly beneficial.

The Phoenix Mercury and Las Vegas Aces met in the semifinals of last year’s WNBA playoffs. Phoenix upset the Aces in a five-game series to get to the WNBA Finals in a thrilling series. Here, the Aces have revenge on the brain in a series that is not expected to be as close. In our WNBA picks in the first round of the playoffs, we look at Mercury vs Aces Game 1 from Sin City.

Why Bet The Aces:

✅ The Aces are such heavy favorites due to the injury situation surrounding Diana Taurasi. There is no indication that she will return for this game just yet, which hurts even more in a season that Skylar Diggins-Smith walked out on. The Mercury need Taurasi to have a shot in this series, lest they want to be carried by Sophie Cunningham and Diamond DeShields.

✅ Las Vegas is set to be without Dearica Hamby for this game, but the Mercury are not well equipped to take advantage of that. Hamby’s absence would open up a path to victory for a better rebounding team. But the Mercury are not that team, and the Aces should be just fine without her in the lineup on Wednesday night.

✅ The Mercury have the second worst offensive and defensive ratings among playoff teams this season. Facing an Aces team that has by far the best offensive rating in the WNBA, that is not a good situation for the eighth seeded Mercury.

The Phoenix Mercury got the help that they needed to get into the WNBA playoffs. The Minnesota Lynx and Atlanta Dream could not do what they needed to do down the stretch of the regular season. That allowed the Mercury to grab the eighth and final spot in the postseason. But the Mercury appear to be in huge trouble going into their postseason opener against the Aces. Phoenix, Arizona residents can take advantage of a huge selection of new user Arizona betting promotions on the playoffs.

It is still unclear whether or not Diana Taurasi will be available for the Mercury on Wednesday night. Even if she is available, the Mercury’s defensive struggles and lack of depth have the potential to put them in a huge hole from the start of this series. It will take huge performances from Cunningham and DeShields for them to have a chance here.

The Las Vegas Aces enter this postseason as the favorite to win the WNBA Finals. They grabbed the top seed in the playoffs, clinching that honor by beating the Seattle Storm at home on Sunday. As a result, they have home court advantage throughout the playoffs, and will look to use their prolific offense to blow Phoenix away in this Mercury vs Aces Game 1.

In this matchup, simply locking in on defense will be what determines whether or not the Aces can cover the spread. Las Vegas is brilliant offensively, but has been susceptible to giving up huge games to players like Rhyne Howard and Jewell Loyd recently. If Vegas falls into that trap again here, this game and this series could be more interesting than anticipated.