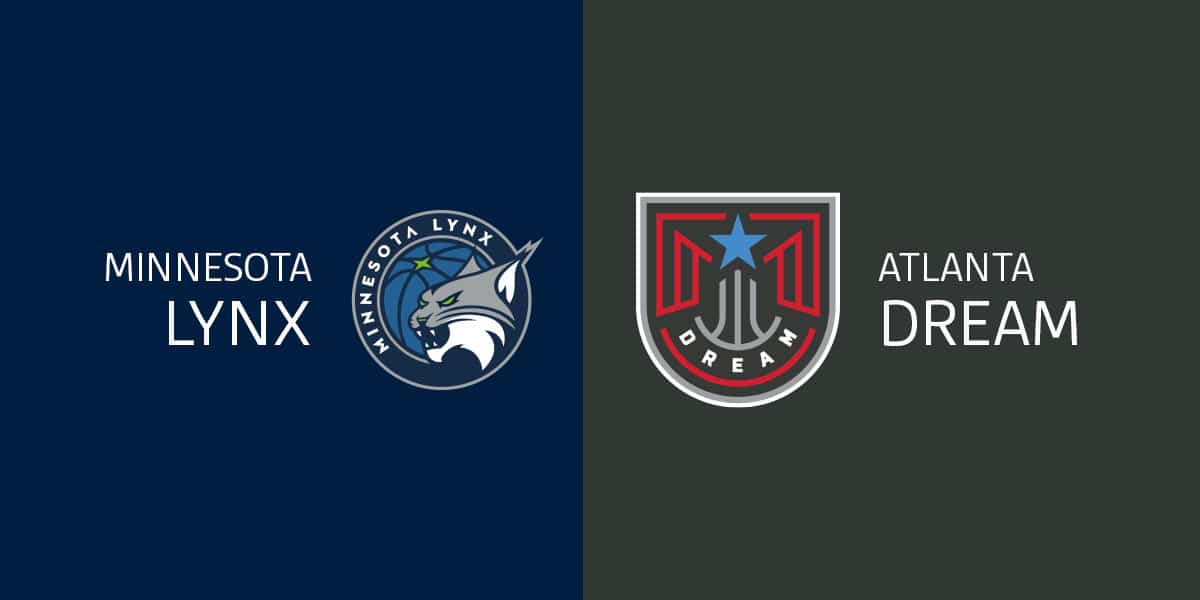 New bettors at Caesars Sportsbook can get a risk-free bet worth up to $1,500 on this Lynx vs Dream matchup in the WNBA!

First time bettors at Caesars Sportsbook can take advantage of a risk-free bet worth up to $1,500 on Lynx vs Dream. Using this offer is incredibly easy, as bettors who sign up with the code ATSBONUS15 just need to place their first bet on this contest. If that bet does not win, Caesars will give bettors their money back in free bets in the amount they lost, up to $1,500.

The Atlanta Dream and Minnesota Lynx are both in the bottom half of the WNBA standings. But both teams are in the mix for playoff spot. On Thursday night, they face one another with a chance to pick up a huge win in the hunt for the postseason. In our WNBA picks for Thursday, we examine Lynx vs Dream in a matchup that has massive implications.

Why Bet The Dream:

✅ There are some major health concerns for the Minnesota Lynx coming into this matchup. Aerial Powers is playing through a dislocated finger, while Sylvia Fowles’ status is up in the air due to an ailing knee. While AD Durr’s hip injury could be a negative for the Dream, Atlanta is winning the war of attrition between these two teams.

✅ The Dream have lost two straight games, but those two games were the second half of a West coast road trip. Atlanta played four straight games on the road over the last couple of weeks. Now, they return home and get plenty of rest so as to avoid any travel fatigue. They should get back on the winning track at home here.

✅ A big reason the Dream should win at home is how bad the Lynx have been on the road. They have the third worst road record in the WNBA this season at 4-9 away from Target Center. One of their nine road losses this season came in Atlanta against the Dream, and history should repeat itself on Thursday evening.

The Minnesota Lynx come into this game against the Atlanta Dream with the second worst record in the WNBA. But there is plenty of potential for upward mobility in the final stretch of the regular season. Minnesota is just 2.5 games out of the final playoff spot in the WNBA. That spot is currently held by the Dream, who the Lynx could pick up a game on here.

Health is going to be so important for the Lynx going down the stretch, especially for Sylvia Fowles. In her last season in the league, Fowles has missed significant time with a knee injury, including the team’s last game against the Connecticut Sun. If Fowles is unable to take the floor, or be close to 100% when she does, the Lynx could drop games like this and see themselves out of the playoff chase.

The Atlanta Dream went 2-2 on their recently completed West coast road trip. They beat the Phoenix Mercury and shocked the Las Vegas Aces, before falling to the LA Sparks and Seattle Storm. In this contest, the Dream will look to get back to winning basketball and pick up a second home win over the Lynx on the season.

Offensive consistency has been hard for the Dream to come by this season, as their recent road trip showcased. Atlanta scored 85 or more in their two wins on the road. They failed to break 75 in their two losses during that four-game stretch. Here, the offensive performance of Rhyne Howard and the Dream will determine if they can pick up a win to keep the Lynx and the other teams chasing them at bay.