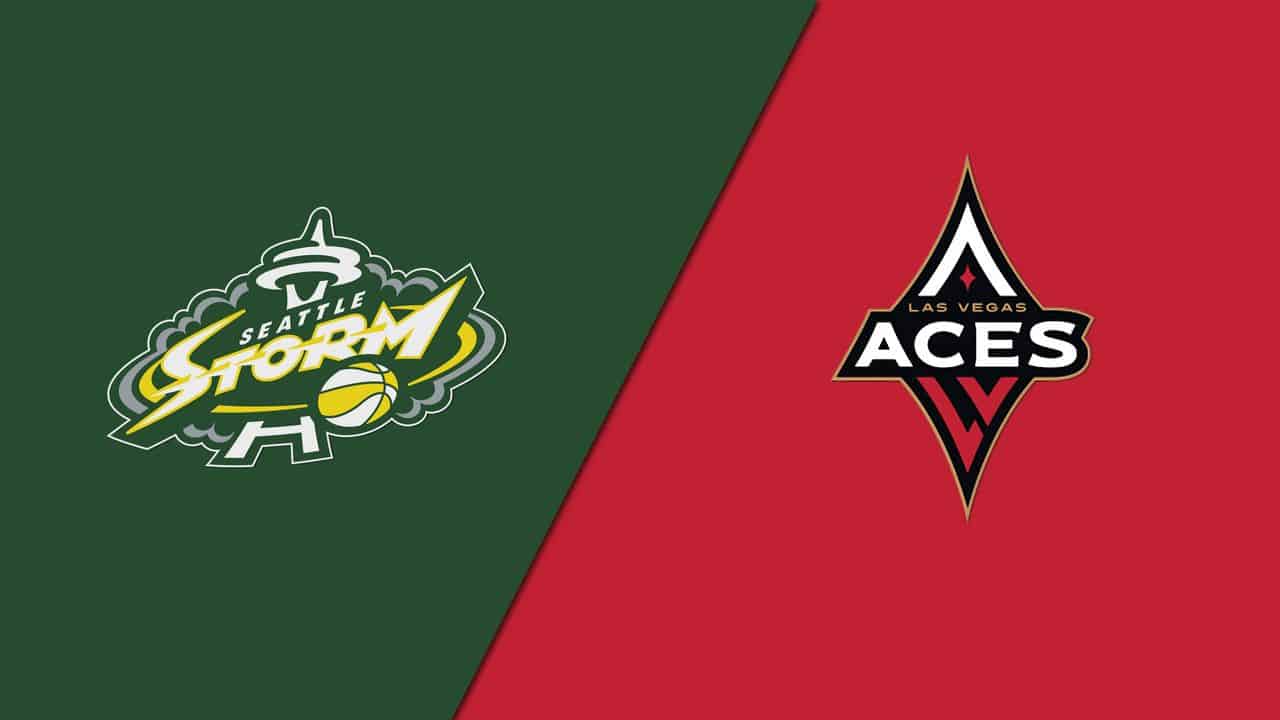 New bettors at Caesars Sportsbook can get a risk-free bet worth up to $1,500 on this Aces vs Storm game in the WNBA!

New users at Caesars Sportsbook can bet on one of the biggest games of the WNBA season with a risk-free bet worth up to $1,500. To do so, bettors can place their first wager at Caesars on this Aces vs Storm clash. If their bet wins, they can keep their winnings and proceed accordingly. If it does not win, bettors will receive their money back in the form of free bets up to $1,500.

The Las Vegas Aces and Seattle Storm have proven themselves as legitimate title contenders in the WNBA this season. On Wednesday night, they face each other in a game where both teams will look to make a statement. In our WNBA picks for Wednesday, we break down Aces vs Storm in a game that could be a preview of the WNBA Finals when the season is said and done.

Why Bet The Storm:

✅ The Storm just added Tina Charles to their roster after she separated from the Phoenix Mercury last week. That addition gives the Storm a lineup of Sue Bird, Jewell Loyd, Breanna Stewart, Tina Charles, and Ezi Magbegor. While the Aces have been the best team in the league this season, that lineup is going to be too much for the Aces to defend.

✅ Charles helps provide Magbegor with some help on the glass for the Storm, especially with Mercedes Russell out of action. Without Russell, the Storm were struggling to finish possessions with defensive rebounds at times when Magbegor was off the floor. But Charles should help alleviate that concern if the Storm can manage the minutes of both players appropriately.

✅ Las Vegas struggled for much of their last game against the Los Angeles Sparks, especially on the defensive end. Their fast pace and lack of depth could make it hard for them to sustain their level of play in the middle of the regular season. As the All-Star break approaches, we could see a dip from the Aces as they need to recharge their proverbial batteries.

The Las Vegas Aces won their last game against the Los Angeles Sparks, regrouping in the fourth quarter after a sluggish first 30 minutes of play. Here, the Aces look for a second straight road win, but they will need to overcome a Seattle team that just added some serious reinforcements in the form of Tina Charles.

For the Aces, rebounding the basketball and defending the perimeter will be key in this contest. Charles allows the Storm to play four players on the perimeter at all times. After the Aces allowed the Sparks to shoot reasonably well from beyond the arc, the perimeter defense for the Aces will be tested once again here against the Storm.

For the Seattle Storm, this game will be an exciting one as it is expected to be the debut of Tina Charles with the team. Charles is expected to add a much needed versatility to the Seattle roster, as she can score inside and out. Against the Aces, her arrival could not have come at a better time.

However, the key for the Storm in this game is going to be on the defensive end. The Aces can bury teams with their outside shooting. Even with the addition of Charles to help the Storm offensively, Seattle has to prioritize the defensive end of the floor to avoid getting run out of the gym before Charles can begin contributing.