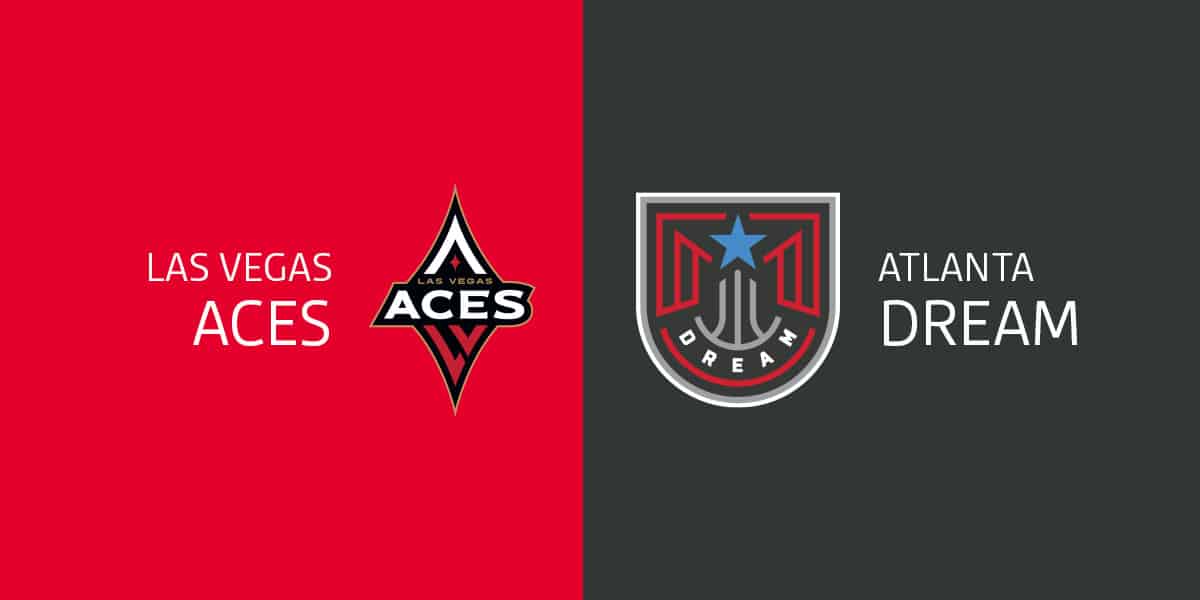 New bettors at FanDuel Sportsbook can get a risk-free bet worth up to $1,000 on this Aces vs Dream game!

New bettors at FanDuel Sportsbook can utilize a risk-free bet worth up to $1,000 when betting on Aces vs Dream on Friday night. Bettors can place their first bet at FanDuel on this matchup and can be reimbursed up to $1,000 in site credit if their bet loses. The WNBA season is still young, and being insured against an unexpected performance from the team you bet on is very useful.

The Las Vegas Aces and Atlanta Dream both picked up two wins in the first week of the 2022 WNBA season. With both teams residing in the top-three in the standings, their Friday night matchup in College Park, GA carries plenty of intrigue. In our WNBA predictions for Friday night, we look at Aces vs Dream as a young Atlanta team looks to prove it is improving rapidly.

Why Bet The Dream:

✅ The Aces may be the best team in the WNBA this season, but they are just 1-1 on the road to kick off this campaign. That one road win came against a Phoenix team dealing with the loss of Brittney Griner, and may not be representative of where this Aces team is under new head coach Becky Hammon. Expect the Aces to get pushed by the Dream here.

✅ Rhyne Howard has played some incredible basketball in her first week of action in the WNBA. The rookie is averaging 18.5 points per game through two contests in the pros, and certainly has the level of talent necessary to give the Dream a boost against an Aces team that many expect to demolish Atlanta.

✅ The Dream have won the rebounding battle in each of their first two games this season. That includes their second game of the year against the LA Sparks, where the Dream had to work to outrebound the likes of Liz Cambage and the Ogwumikes. Expect the Dream to continue that trend against an Aces team that does not have the same size it did a season ago.

After a 2-0 start to the season that featured wins over the Phoenix Mercury and Seattle Storm, the Las Vegas Aces suffered their first loss of the season earlier this week against the Washington Mystics. Las Vegas led 49-36 at halftime, but was outscored 24-7 in the third quarter as the Mystics ran away with things in the second half. On Friday, the Aces will look for a similar start against Atlanta, with a much better finish.

There is no one star to key in on when you face the Las Vegas Aces, and their bigs are a great example of that. While A’ja Wilson has a league MVP under her belt in her career, the elevation of Dearica Hamby to the team’s starting lineup has been a huge boost. Hamby is shooting over 60% from the field and brings a level of activity to the starting lineup that Liz Cambage did not on a consistent basis.

The Atlanta Dream were expected to compete with the Indiana Fever for the dubious distinction of being the worst team in the WNBA this season. But someone must have forgotten to tell that to the Dream, as they have won their first two games in 2022. Atlanta has beaten the Dallas Wings and LA Sparks, and will look to move to 3-0 on Friday night against another worthy challenger in the Aces.

Early this season, Rhyne Howard has been a huge story in the WNBA, as she has been scoring in bunches for this surprising Atlanta squad. But this team has been well-rounded, and appears much hungrier than they were a season ago. That hunger will be mandatory against a team as good as Las Vegas, while Howard and Monique Billings will be tasked with continuing to put up big numbers on the scoreboard and the glass respectively.