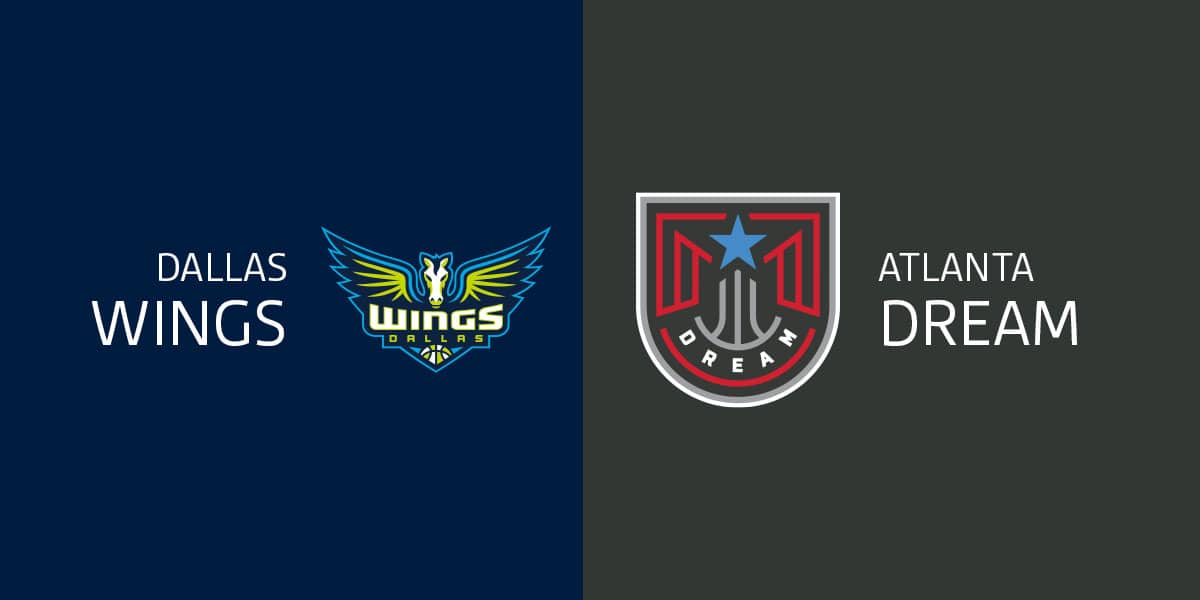 New bettors at Caesars Sportsbook can get a risk-free bet worth up to $1,500 on this Wings vs Dream matchup in the WNBA!

First time bettors at Caesars Sportsbook can use the site’s risk-free bet promo worth up to $1,500 on this game. Players can get started by signing up at Caesars using promo code ATSBONUS15. They can then place their first wager on Wings vs Dream. If that bet does not win, Caesars will reimburse bettors what they lost in the form of free bets up to $1,500.

The Atlanta Dream and Dallas Wings are within a half-game of one another in the WNBA standings. They are currently fighting for the eighth and final spot in the WNBA playoff race. That makes their encounter on Saturday night a huge one for the future of both teams. In our WNBA picks for tonight, we look at Wings vs Dream in a pivotal contest in the South.

✅ The Atlanta Dream are playing some of the worst basketball in the WNBA right now. They have lost three straight games and have fallen out of the top-eight in the standings. Against an explosive Dallas team, their 11th ranked offensive rating out of 12 teams will cost them in a big way.

✅ Presumptive Rookie of the Year Rhyne Howard has been struggling in a big way since the All-Star break. In five games after the break, Howard has shot over 35% from the field just one time. That includes a 14/40 mark from three-point range since the break, which decreases to 8/31 if you take out the Dream’s upset win over Las Vegas.

✅ Atlanta has lost a very valuable bench piece in AD Durr for the rest of the season. Durr had been contributing around the All-Star break in a big way, but needs hip surgery. Her absence will negatively impact the second unit of the Dream, which will be beneficial for the Wings in this contest.

The Dallas Wings were very disappointing at home on Thursday night as a slight favorite against the Washington Mystics. They were blown away from the start of that game, preventing them from moving up from eighth place in the league standings. Now, the Wings have to get a win on the road against Atlanta to avoid falling out of the top-eight entirely.

The Wings could get some help back for this game in the form of Awak Kuier, who missed Thursday’s loss to Washington. Her return would give the Wings a nice extra option inside beyond Teaira McCowan and Isabelle Harrison. McCowan, by the way, scored 27 points on Thursday and is looking like the player the Wings had hoped they would be getting when they acquired her from Indiana in the offseason.

The Atlanta Dream were also a disappointment at home on Thursday night. They were blown out by the Minnesota Lynx, also failing to be competitive for the vast majority of their game. Here, the Dream will look to break a three-game losing streak. More importantly, they will look to get back into the top-eight and back into a playoff position.

Frankly, this team is not going to be a playoff team unless Rhyne Howard begins playing better again. Howard has been woeful since the All-Star break, and could be jeopardizing her Rookie of the Year campaign with her play in the second half of the season. If she cannot find her range from the perimeter in this game, the Dream could see their playoff hopes take a huge hit.