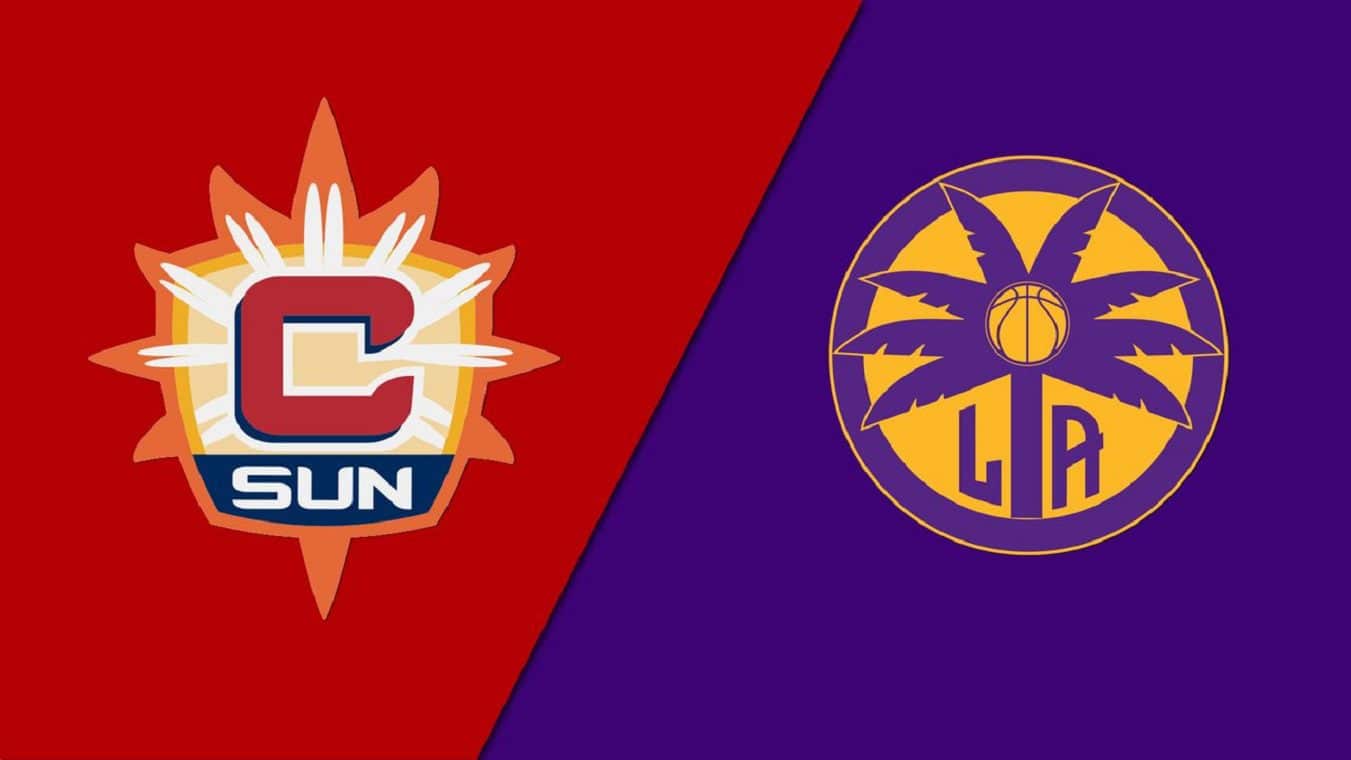 New bettors at Caesars Sportsbook can get a risk-free bet worth up to $1,500 on this Sun vs Sparks game in the WNBA on Tuesday!

First time users at Caesars Sportsbook can get a risk-free bet worth up to $1,500 for Sun vs Sparks on Tuesday. This offer is incredibly easy to claim, as bettors simply need to sign up at Caesars using code ATSBONUS15. Once the bonus has been claimed, bettors will put their first wager on this matchup. If that bet does not win, bettors will be given their money back with up to $1,500 in free bets.

The Connecticut Sun and LA Sparks both played on the road on Sunday, with very different results. Tuesday, the Sparks will assume the role of host as they take on Connecticut in a game that both teams need to win. In our WNBA picks for Tuesday night, we look at Sun vs Sparks as both teams look to improve their playoff prospects in the W.

Why Bet The Sun:

✅ The Sparks simply do not match up well with the Connecticut Sun, due to the physicality of Connecticut. In their lone meeting earlier this season, the Sun outrebounded the Sparks 45-21. That happened with Liz Cambage on the floor for the Sparks, by the way, whose height is no longer an asset the Sparks can use.

✅ Despite being at home for this game, the Sparks had a rougher travel situation to get to this game. They had to sleep in the airport en route to Los Angeles from Washington D.C. after their flight was cancelled on Sunday night. Traveling a longer distance and arriving after the Sun, the Sparks will not be at their peak despite hosting this contest.

The Connecticut Sun nearly beat the top team in the WNBA on the road on Sunday. They lost a three-point game against the Chicago Sky to close out the weekend, but held a fourth quarter lead and could have won that game had a couple of plays went differently. Here, the Sun will look to take advantage of a very winnable game against the Sparks to help solidify a top-four position.

Something worth watching for the Sun in this game is the play of Odyssey Sims. Sims joined the Sun on a seven-day contract due to roster hardship this past week. She scored 13 points off the bench for the Sun, and added a nice bit of dynamic quality to their guard group. If she plays anywhere near that level again here, the Sun could cruise to victory against the Sparks.

The LA Sparks got a very nice win on Sunday afternoon against the Washington Mystics. They were double-digit underdogs but managed to hold on to win after a fast start in the first quarter. Here, the Sparks look for a second win in a row, as they continue to try and move into the top-eight before the end of the regular season.

How the Sparks start and finish this game will be incredibly interesting after their airport sleepover on Sunday night. They are overmatched from a physicality standpoint against the Sun to begin with. But if the Sparks are physically affected by their travel woes on top of that, they could be in deep trouble against the Sun and in the playoff race.