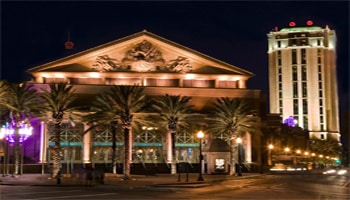 Election Night was enormous for the sports betting world. Globally, hundreds of millions of dollars were traded on Donald Trump vs. Joe Biden. Unfortunately, politics wagering is illegal with sportsbooks in the United States, so the operators weren’t able to get any pieces of that pie, but sports betting was officially on the ballot in three states and a fourth state passed an expansion of gaming that will eventually include sports betting.

We talked over the weekend about the four states where sports betting legislation was directly or indirectly on the ballot. Let’s see what happened in each one of them:

In Louisiana, it was not a statewide vote, rather a parish-by-parish vote, which would allow certain areas that we would consider counties in other states, to decide whether or not sports betting would be legalized in the state.

Early returns suggest that 56 of the 64 parishes did approve the sports betting measure. Such a high number of areas should make geolocation restrictions easier to enforce, so we could very well see mobile and online wagering adopted in Louisiana.

Votes are still yet to be counted in some of the parishes to see just how close sports betting was to passing, but the vast majority of Louisiana voters supported the measure.

This was just the initial phase to get sports betting legalized. Now state lawmakers and officials will attempt to hammer out the details. Hopefully it will happen in a more expedited fashion than daily fantasy sports, which took more than two years for some noteworthy progress after the parishes voted to approve.

The “details” include whether or not Louisiana will allow mobile and online betting. There are casinos and racetracks in Louisiana and, at a minimum, this vote will allow for retail wagering, but Louisiana Gov. John Bel Edwards and other supporters of the measure wanted to push for online and mobile wagering because they’ve seen how neighboring Mississippi has hurt itself by being limited to retail wagering.

In Maryland, sports betting was on the ballot as Question 2, a measure that would legalize sports betting at the state’s casinos and racetracks. The measure passed overwhelmingly, which came as a surprise to some, but each and every state has felt the financial hit of COVID-19 this year and anything that generates additional tax revenue had a great chance of passing.

Votes were still being tabulated as of Wednesday morning, including provisional ballots, but the votes that had been counted showed a 2-to-1 advantage in favor of legalized sports betting.

Just like Louisiana, this measure only opened the door for sports betting. Now lawmakers and officials will figure out who is in charge of everything, what the tax rates are going to be, and where betting will actually take place. Pimlico Race Course and Laurel Park are obvious spots, as well as the state’s casinos, but neighboring Washington D.C. and Pennsylvania are both allowing wagering at professional sports venues.

It will be a little while before betting begins in Maryland, but the November 3 vote was a mandatory first step.

This one is a little bit different and maybe we didn’t explain it well enough over the weekend. Nebraska voted on an expansion of gaming to include “games of chance” at the gaming facilities that are mostly slot or keno halls. Games of chance would include table games like blackjack, craps, roulette, etc.

Because the state had to vote to allow games of chance, sports betting had no chance in Nebraska until that hurdle was cleared. With all games of chance now green-lighted, Nebraska will eventually be a state that discusses sports betting and that could happen sooner rather than later with the aforementioned budget deficits facing every state in the country.

How sports betting works in Nebraska is anybody’s guess at this point in time, but with two major cities, Omaha and Lincoln, very close to the Iowa border, where sports betting is legal and about to get easier when the in-person registration requirement expires on January 1, Nebraska may move fairly quickly to have something up and running in 2021.

Amendment B in South Dakota was an expansion of gaming for the tribal casinos and the casinos in Deadwood. The amendment allowed for sports betting in Deadwood and, by extension, the tribal casinos because of federal law. The measure passed by a pretty decent margin as South Dakota, despite its deeply conservative nature, seems to have no problem with passing expansions of gaming in Deadwood. It’s happened a few times before and happened again on November 3.

Lawmakers will now discuss the framework and decide whether or not online and mobile betting will be allowed in the state. Betting could be limited to the retail side in Deadwood and at the tribal casinos, which would make no sense in a state where most of the population is centered in urban areas a long way from Deadwood, but we’ll see how it all plays out.

Lastly, a bonus mention here for the Commonwealth of Virginia. Virginia has already approved sports betting and was going to be the second state behind Tennessee to have no casinos, but still offer sports betting in an online and mobile-only capacity.

Virginia will start out that way when sports betting launches in the near future, but Virginians voted on Tuesday night to approve the construction of casinos in five cities. Those cities are Bristol, Norfolk, Portsmouth, Danville, and Richmond.

That measure was very likely to pass, as casino companies like Caesars and Hard Rock had already agreed to partnerships with local governments.

It doesn’t change anything about Virginia sports betting except to put a retail component in these new casinos that will be built.

What About The Rest?

With so much of the country trending towards allowing sports betting or with legal sports betting already in place, we should see more and more states in 2021 either adopting legislation or putting it to a vote if necessary.