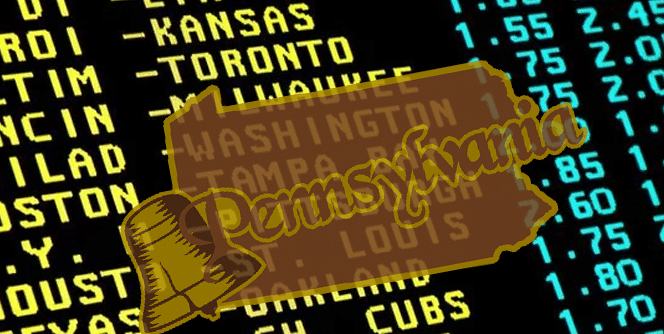 The Pennsylvania Gaming Control Board released the November revenue figures and they are further confirmation that betting on sports is alive and well in the United States. We knew that. It isn’t a surprise. It is just amazing to see that in just 19 short months since PASPA was overturned, we are a nation of sports bettors.

More and more states are planning to come online in 2020 and get a piece of the pie and they are doing so in rapid fashion because of the numbers that come out in the monthly reports with the states that are already well-established in the sports betting space.

Pennsylvania is one of those states. The month of November is the busiest of the sports betting calendar with college basketball added to the mix. October is very big with the MLB playoffs, which do go away in November, but the sheer number of college basketball games outweighs the handful of MLB playoff games. Even though the volume is nowhere near as high on individual games, the sum of all parts creates a much larger handle.

That was the case in Pennsylvania in November. In all, the state’s sports betting operators took in $316,468,264 in handle for the month of November. That was up from $241,186,066 in the month of October. Unfortunately for the state and for the organizations and projects that get tax money, the revenue has not increased in concert with the handle.

We saw a huge bump in revenue from August 2019 to September 2019 in Pennsylvania. The state went from $9.9 million in revenue up to $19.3 million. The handle over that span increased from $109 million to $194.5 million, so the big bump in revenue made a lot of sense.

Of the total handle in Pennsylvania, $266.7 million came from online wagers. Only $49.7 million and change was wagered physically in a retail sportsbook. We should expect to see those types of numbers in all of the states that are adopting on an online and mobile component. The convenience of betting from home or wherever you are is unparalleled. Interestingly, the taxable revenue from retail sportsbooks actually dropped by around $1.35 million from October to November. The taxable revenue online increased by nearly $3 million.

Pennsylvania has an extremely high tax rate on the operators, so they’re getting theirs no matter what. We’ll see what happens after the Super Bowl when all of the NFL futures are worked into the handle and also the revenue. The Steelers and Eagles having down years could really help, especially if both teams manage to miss the playoffs and take away any potential hedging opportunities that could cut into the bottom line.

Once again, not surprisingly, Valley Forge Casino led the way because of its partnership with FanDuel. Valley Forge brought in $152,988,559 of the total handle, with $149,744,241 of that coming on the mobile side. In all, nearly 98% of the wagers going through Valley Forge were placed on the mobile app. Fanduel accounted for 56.1% of the online handle and 47.3% of Pennsylvania’s overall handle in November.

Parx and BetRivers Philadelphia both did very well. BetRivers Philly used to be the SugarHouse Casino and Sportsbook, but Rush Street Interactive opted to go with the same branding across its PA properties and that meant a switch to BetRivers. The BetRivers in Philly took in over $41 million in wagers, with over $32 million of that on the app. Parx brought in over $30 million in wagers and over $22 million came via the app.

One other operator of note as far as online handle goes is Fox Bet. Fox Bet was formerly known as BetStars and the Stars Group launched online poker in Pennsylvania in November and saw a nice boon from that with more than a 70% increase in handle from October to November.

December 2019 will mark the first month with an online component for Presque Isle Downs. The casino and racetrack in Erie has a BetAmerica partnership, but to this point, there was no online app for making bets. The BetAmerica book pulled in nearly $3.7 million in retail wagers, which has gradually gone up since it opened in July. With an app, we’ll see even more online handle in Pennsylvania for December.

To take your own look at the numbers, here is the report from the Pennsylvania Gaming Control Board for November 2019.