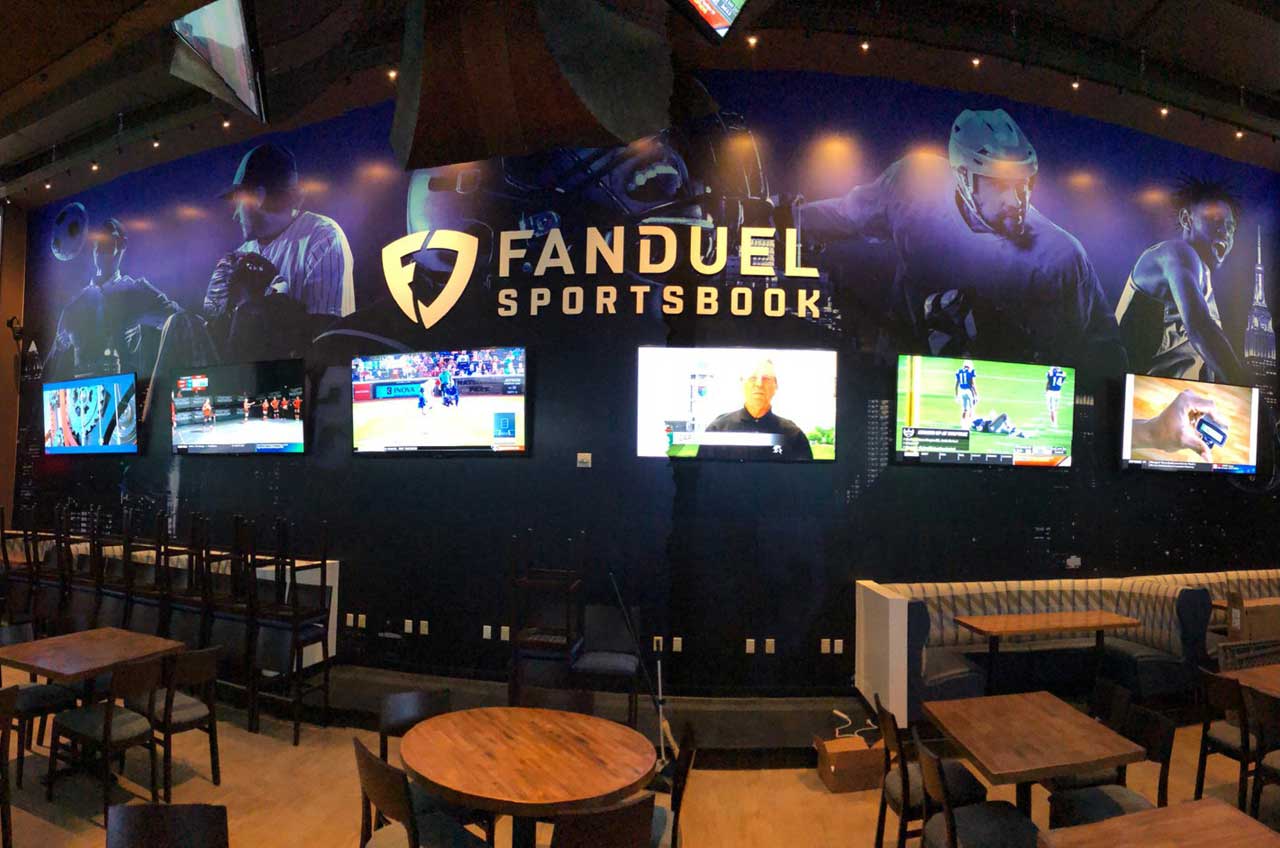 Online sports betting went live in Indiana on October 3, 2019 with the DraftKings and BetRivers apps. On October 21, a new player joined the mix and that household name is FanDuel. FanDuel, which has its licenses in Indiana through Belterra and Blue Chip, has been dominating the online handle in the state of Pennsylvania and it wouldn’t be a surprise to see the same happen in Indiana.

Here at ATS, we outlined the revenue numbers for Indiana earlier in the month and found that the Chicago market was having a really big impact on the betting handle and the revenue. In the state of Indiana, you can download and register for an app from anywhere, so long as you are within the borders of the state. Geolocation tracking will ensure that the user is within the Hoosier State’s borders.

The fact that you don’t have to sign up in person for the app, which is the current policy in nearby Iowa, will be huge for FanDuel. Tapping into the Chicago market is vitally important for these operators. French Lick Casino is south and slightly west of Indianapolis, so it is nowhere near Chicago. Belterra is also in the southern part of the state, with Louisville and Cincinnati the two biggest metro areas in driving distance.

Because Indiana allows app users to sign up from anywhere in the state, those that live in Chicago that want to download the FanDuel app can do so with ease. Expect the FanDuel app to be extremely popular with Ohioans, Kentuckians, and Michiganders as well. Ohio, Michigan, and Kentucky are not moving particularly fast on sports betting, even though all Ohio and Michigan have casinos and Kentucky is the home of horse racing. Gambling is entwined in the culture of all three states, but progress on legalized sports betting has been extremely slow.

Pennsylvania is a much more populous state than Indiana, but the proximity of Chicago could really inflate FanDuel’s handle. Recently, we wrote about how FanDuel accounted for about 54% of the online handle in Pennsylvania during the month of September. We won’t get a good indication from Indiana until next month when the revenue figures are released, but we were already going to be watching those closely anyway.

Indiana’s September revenues showed Chicago’s strong presence in the market. Horseshoe Hammond and Ameristar Casino, the two closest to Chicago, raked in the highest handles in the state. The handle was about $35 million during the first month of legalized sports betting in Indiana.

Pennsylvania, which has had mobile wagering for a few months, saw huge gains with online betting and also the start of the football season. The online handle went from just under $39 million in July to over $158 million in September.

Indiana will now have three mobile operators with DraftKings, BetRivers, and FanDuel, with others like Fox Bet, Caesars, BetAmerica, and William Hill coming soon. It is going to be extremely interesting to see how much the handle increases. Again, this just started the first week of October with DraftKings and BetRivers. With a big name like FanDuel now in the fray, we should see some substantial handle and revenue growth in November, especially with how much basketball is part of the fabric of Indiana.

Not only that, but Louisville, Lexington, and Cincinnati aren’t far from Indiana and all of those areas are crazy about college basketball. Road trips to nearby games or conference games could be a whole lot of fun. If nothing else, a short drive across the border to place bets doesn’t sound so daunting. Not having to go to a brick-and-mortar casino adds so many layers of convenience.

Sportsbook apps make things so easy for the consumer in states like New Jersey, West Virginia, and Pennsylvania and will do the same for the people of Indiana going forward. Oregon now has mobile sports betting through the lottery, as that state became the eighth to offer online wagering. Only New Mexico, Mississippi, Arkansas, and New York remain offline and only offer retail sports betting.

Check out our review of FanDuel and all of the different options that are available to users in Indiana, New Jersey, and the other states where FanDuel is offered for mobile and online betting.