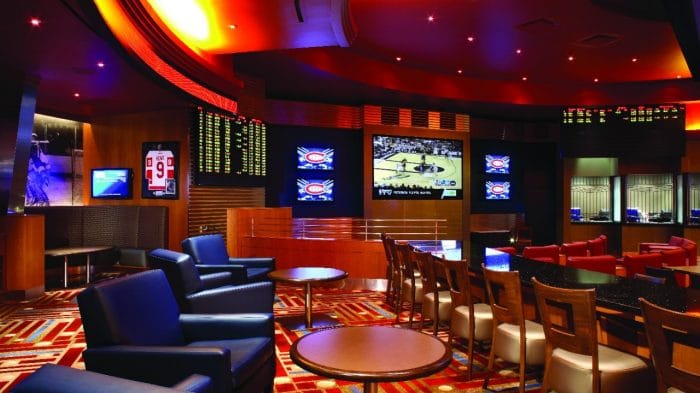 We’ve talked a few different times here at ATS about states turning to sports betting in order to offset some of their pandemic-related budget deficits. It seems like entire countries may be giving it some thought as well.

Single-game sports betting in Canada had been discussed before the coronavirus outbreak spread from Asia to virtually everywhere around the globe, but now the discussion is picking up steam again. The tipping point just might be that the professional leagues are all on board.

For the longest time, leagues like the NBA, NHL, MLB, and NFL were among the groups with the staunchest opposition to sports betting. Having seen the impact it has had in the United States since PASPA was overturned on May 14, 2018, the leagues are now welcoming sports gambling with open arms.

Canada has had legalized betting for quite some time, however only in parlay form through the provincial lottery. The most notable of those programs is Proline, which is legal in the province of Ontario and also has sportsbooks at places like Caesars Windsor, Casino Niagara, and Fallsview Casino in Niagara Falls.

Canadians are some of the most frequent users of the offshore sportsbooks and that is a large bit of revenue that the country is hoping to get. The NBA, NHL, MLB, MLS, and CFL all acknowledged that gambling is taking place and that it should be legalized and regulated in Canada as opposed to what is currently happening in a letter sent to the federal government on June 8. The commissioners of all five leagues signed with their support.

The Safe and Regulated Sports Betting Act got some traction in February, but took a back seat to the response to the COVID-19 pandemic, among other things. The Canadian Gaming Association voiced its support for the measure, which would legalize single-event sports wagering across all of Canada.

Unfortunately, time of running out on the legislative session. As in, it ends June 17. So, with that in mind, it will either be a race to the finish line or will have to wait.

Part of the rationale for Canadian lawmakers is that legalized sports betting in places like New Hampshire, New York, Pennsylvania, Michigan, Montana, Washington, and eventually states like Ohio, Wisconsin, Minnesota will take a lot of gaming dollars south of the border because odds on parlays simply aren’t that favorable to the player.

It remains to be seen if the provincial lotteries would be responsible for taking the single-game wagers or if other operators would be allowed to set up shop and offer mobile and online wagering. Somebody like theScore could really benefit from this if the latter winds up being the modus operandi. If not, it will just mean increased traffic for sports information websites and probably higher ratings for sporting events.

It would also mean a big windfall for Canada. It would mean big gains for the gaming facilities that are in Canada, especially those that already take wagers like the three Ontario properties mentioned above.

Passage of such a measure would requirement an amendment to Canada’s Criminal Code, which is why there is so much discussion on the issue. Previous bills have fallen short. This one seems to have the most traction to date, but it may be a little bit of a wait. If nothing else, financial deficits from everything going on in the world has brought sports betting to the front page of the docket in a lot of places and it seems like more of a certainty than ever that Canada will legalize single-game wagering.