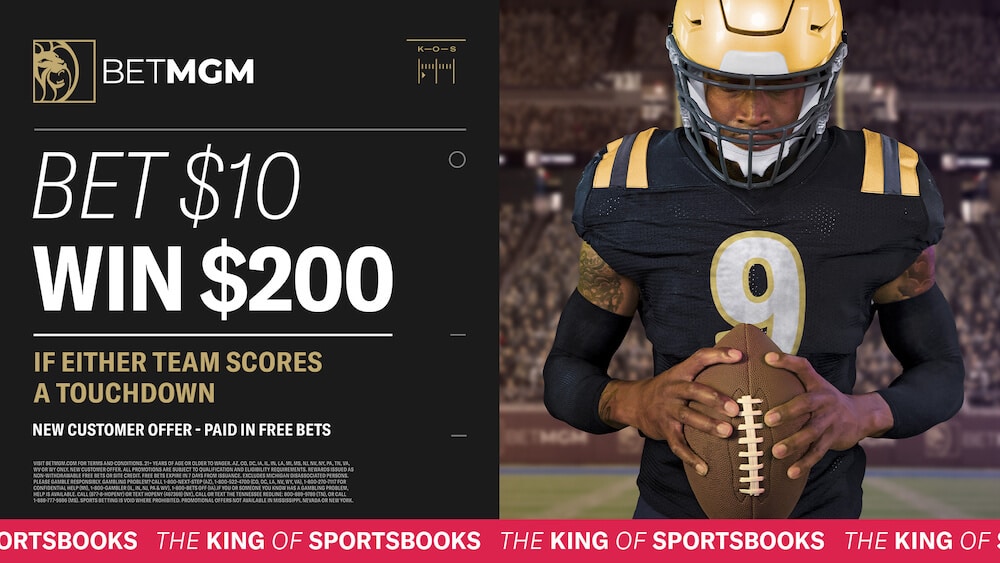 We have an important early season game in the race for the top draft pick in the 2023 NFL Draft. There are some bad teams in the NFL this season and two of the worst will be on display in Soldier Field on Sunday, thankfully this BetMGM promo makes the game even more interesting.

BetMGM is offering a great promo to get Illinois residents bankroll boosted for the new football season. All new users have to do is bet $10 and they will win $200 if either team scores a touchdown in the game. That is basically free money at 20/1 odds! There were just two games all of last season to end without either team scoring a touchdown, so this should be a no doubt $200 into your bankroll.  Just use BetMGM promo code ATS200 at sign up!

Launched in 2020, BetMGM is one of the seven sportsbooks in the Illinois online gambling market. The company itself is no stranger to the industry, as it is already a major player in other states well as hotels and casinos throughout the US. The company also has a strong commitment to responsible gaming, and its customer service team is available 24/7 to help customers with any issues they may have. With its user-friendly platform and wide selection of gambling options, BetMGM is quickly becoming a popular choice for Illinois gamblers. BetMGM is one of the best Illinois sportsbooks to use during the 2022 football season.

Week three of the NFL season is here and we have a doozy set for Sunday when the Chicago Bears (1-1) host the Houston Texans (0-1-1). Chicago used a monsoon to beat to beat a raw QB in week one, but reality set in week two when their owner beat them in Lambeau. Houston put on a tanking clinic in week one, in playing for the tie, but did put up a fight in week two and could have won in Denver. This game will air live on CBS.

This will not be a high scoring affair, but I do expect both teams to score a touchdown and the Bears to get the win.