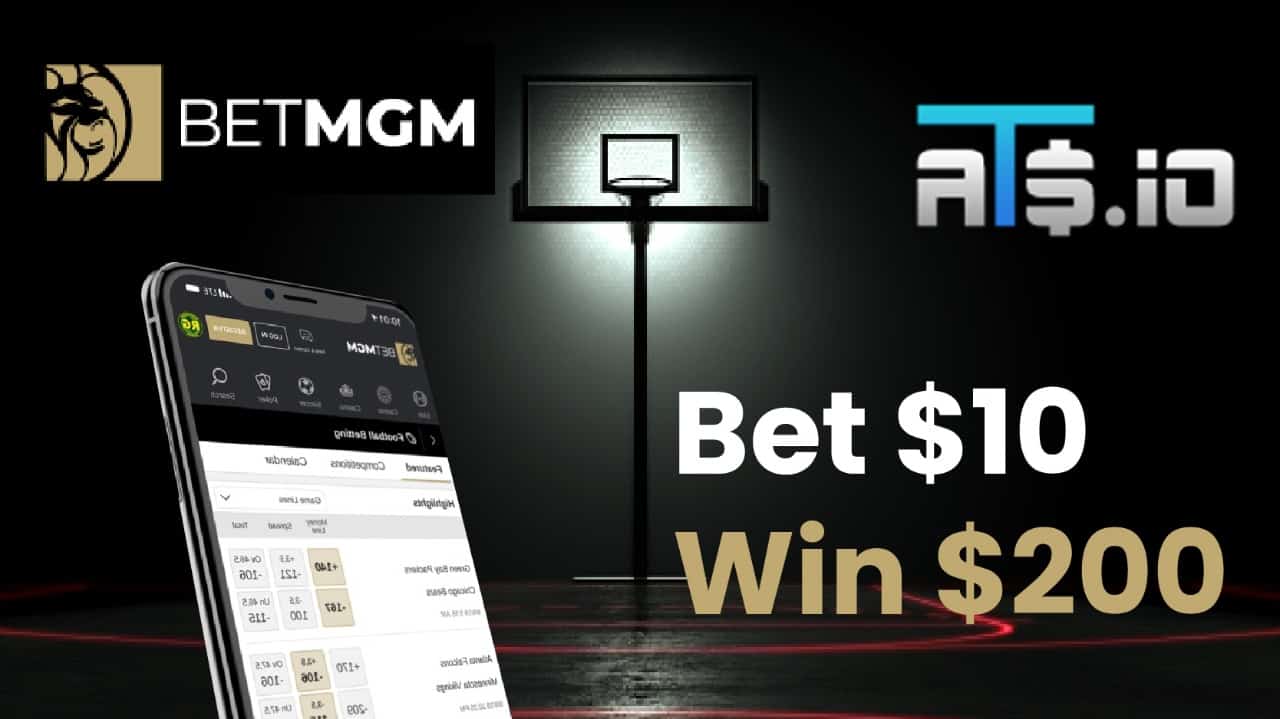 BetMGM is offering a great promotion for the Denver Nuggets at Philadelphia 76ers game where one three pointer made will make you $200. The 3-pointer is the ultimate weapon in the NBA and there is no secret that teams have been moving towards taking more three than twos. Math is still undefeated.

Its that simple, all new users need to do is pick the Nugget, 76ers or any NBA team, be in a legal US state or the state of Colorado, and if that teams makes a 3-pointer you will win $200. This is free money as NBA teams make one generally in the first 1-2 minutes of the game.

Get Your BetMGM Bonus Code:

BetMGM also offers new users the option of a $1000 Risk Free bet which you can claim here if you prefer that over the Bet $10 Win $200 NBA promo. Just keep in mind you can only claim one. Below are the easy steps to claiming your Bet $10 Win $200 BetMGM Bonus Code:

The first step for redeeming this BetMGM promo is to create an account at BetMGM using the BetMGM bonus code ATS200. The second step is to make an initial deposit of at least $20. From there, bettors are required to make their first bet of $10 on the money line for any NBA team. If a three pointer in their game, bettors are paid out $200. Bettors will also receive any money line winnings should their team win out right. So bet wisely!

Last time out, Denver hosted the Toronto Raptors and lost 127-115. The Nuggets will be disappointed in with this loss as they were leading heading into the fourth quarter. Nikola Jokic had 26 points, 10 rebounds, seven assist and two blocks. Toronto shot 47.1% from the field, 38.7% from three and made 19 of their 25 free throws.

Philadelphia visited the Orlando Magic and needed overtime to win 116-114. The Magic had a great first half, but the Sixers woke up in the second half and were able to force the extra period. Joel Embiid had 35 points, 16 rebounds, seven assists, one steal and two blocks on the night. Orlando shot 45.1% from the field, 41.9% from beyond the arc and made 14 of their 20 free throws.